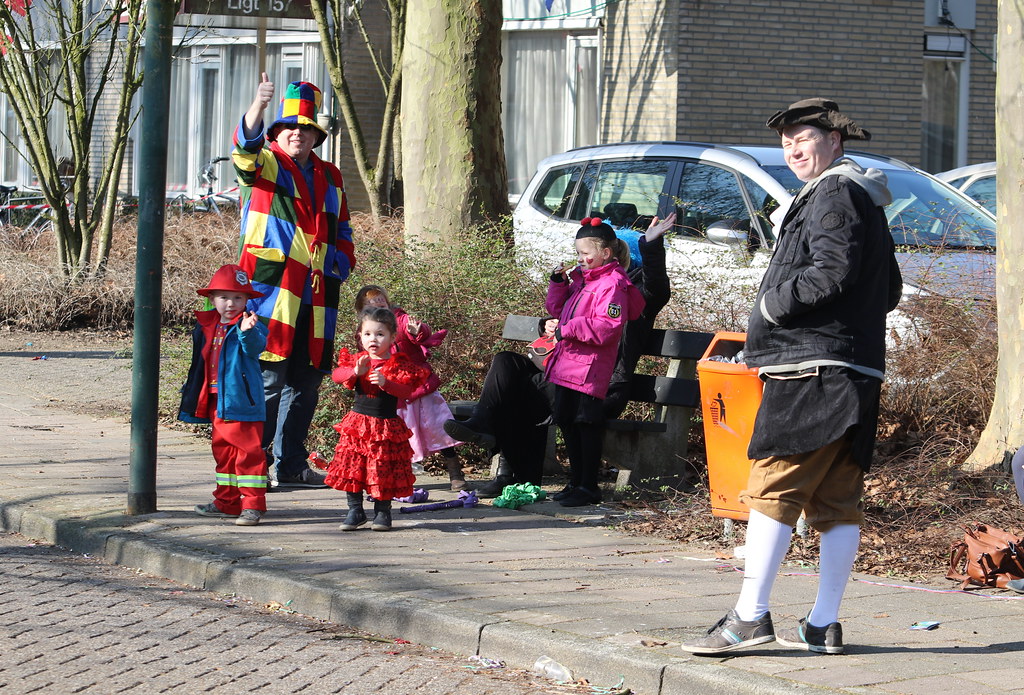 The annual week of craziness here in Brabant (it’s celebrated elsewhere too, for instance, in Belgium or in some areas in Germany, but in the north of the Netherlands.)  We’ve been shocked first, many years ago, while finding ourselves in the middle of this whirlpool, but got used to this festival with years (to the extent w are getting a bit bored with it by now). Nevertheless, we are coming to the main ‘tocht‘, or the demonstration in our small city. 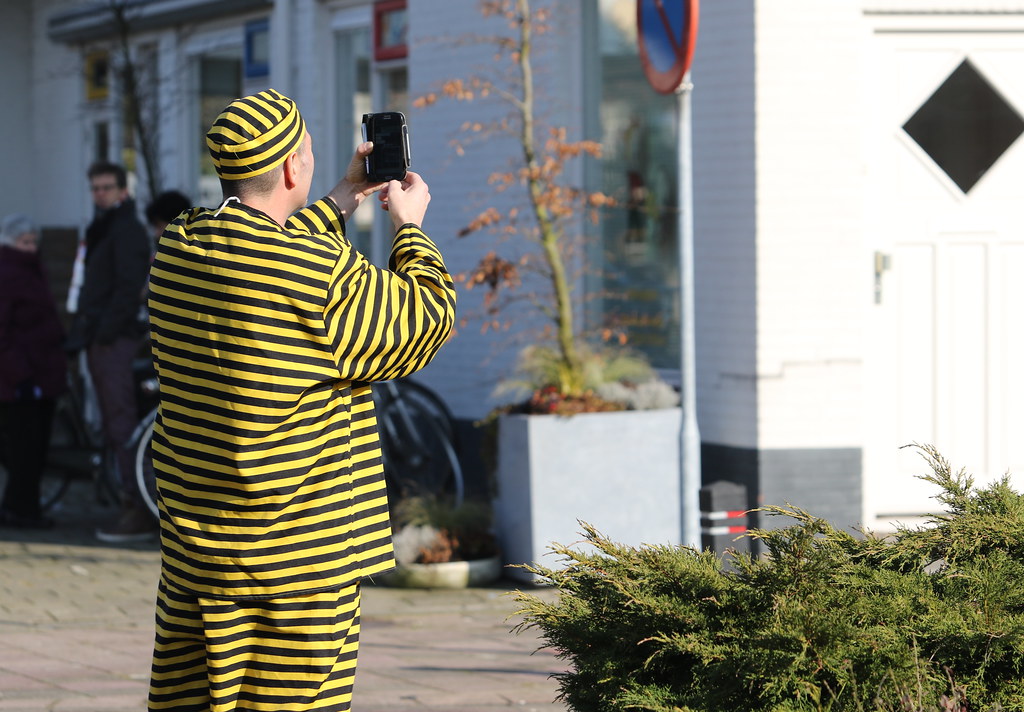 Below are a few pictures from the edition 2015.

Some people actually participate in the procession, but the majority, of course, are only spectators. However, most of the spectators are also ‘properly’ dressed for the occasion: 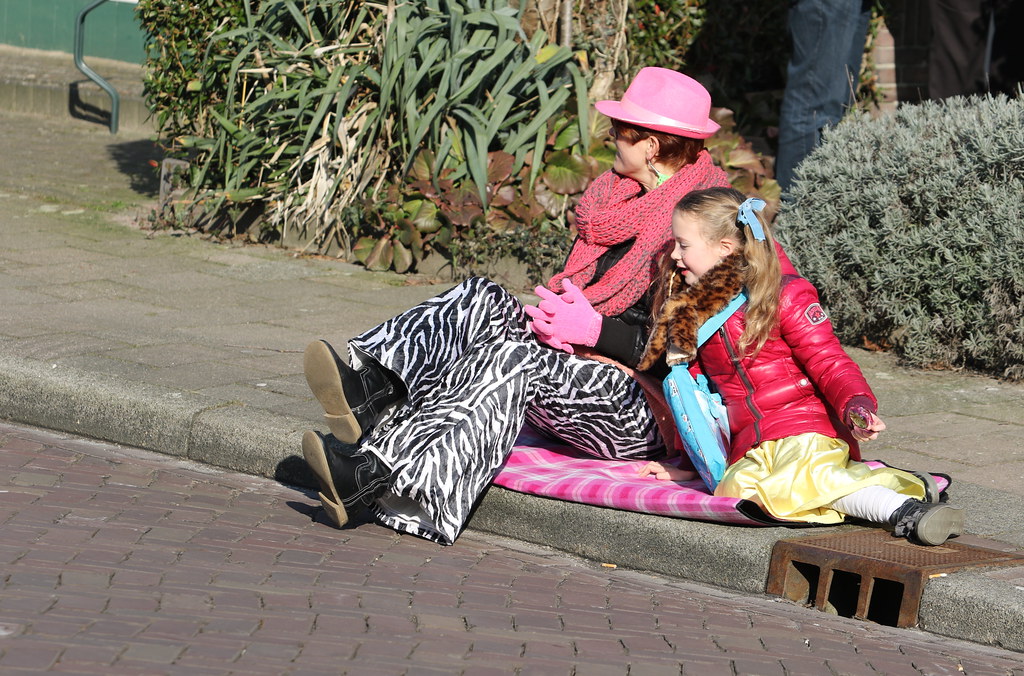 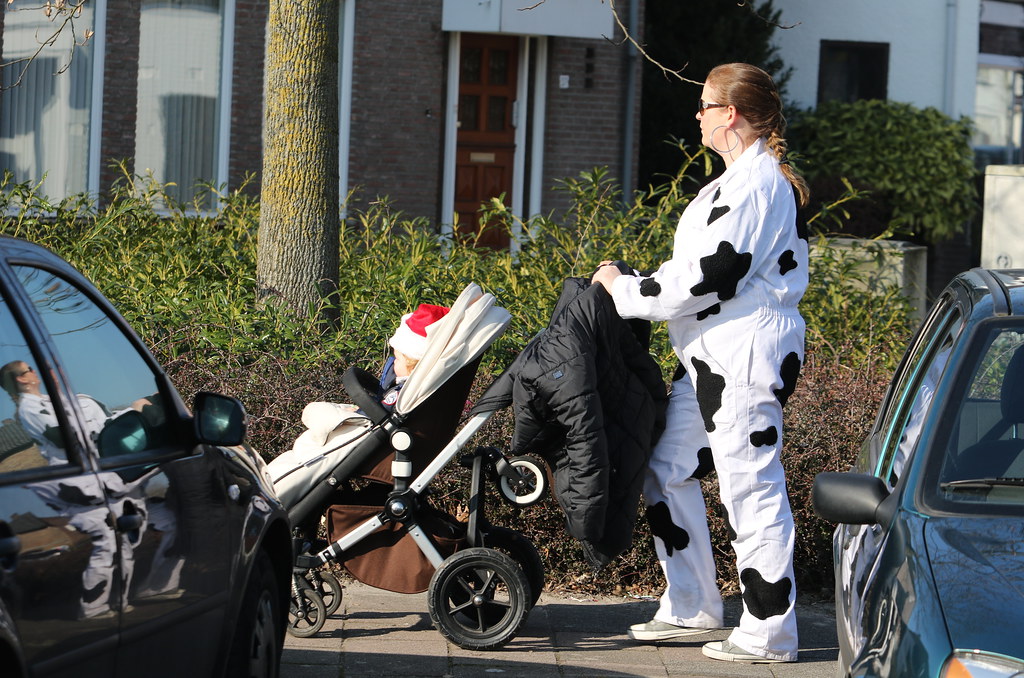 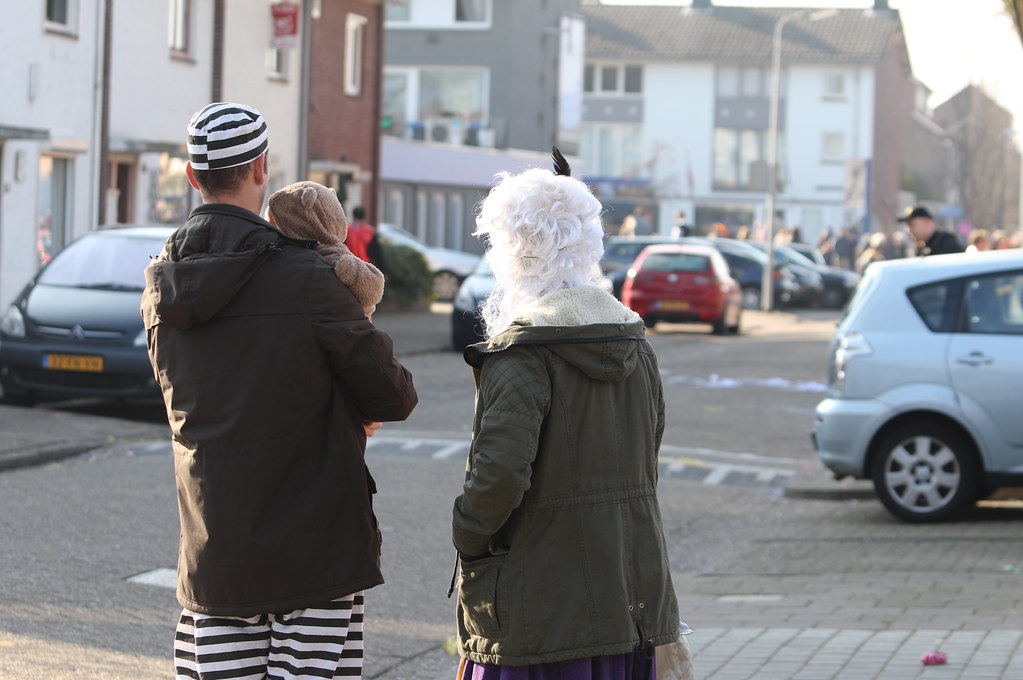 As we get closer to the main event, the crowd also gets, well, crowdier. 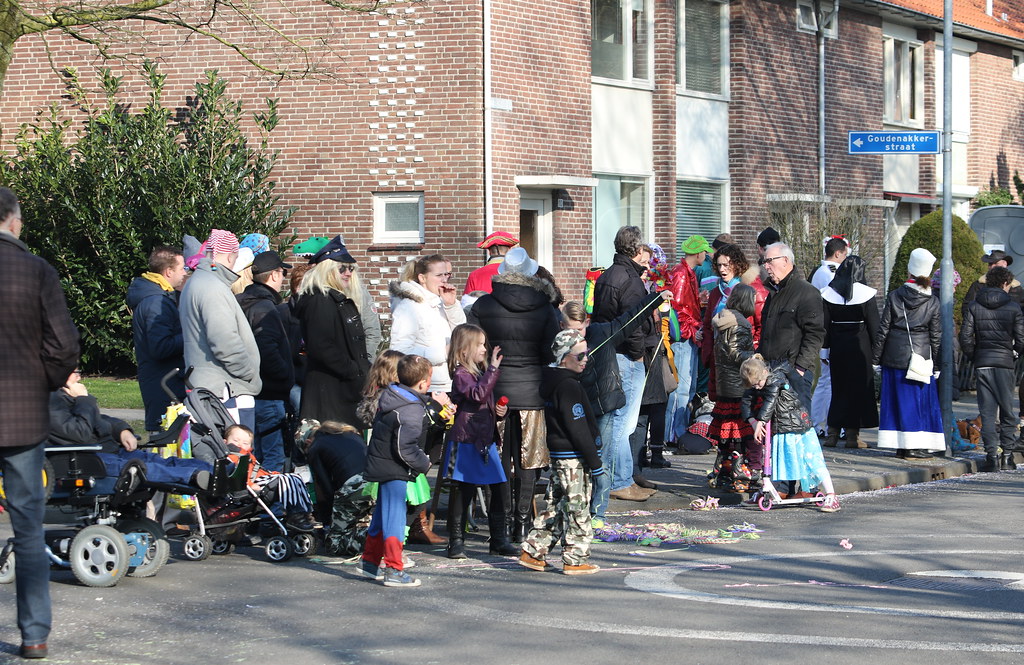 Looking at the spectators is no less interesting than on the demonstrators: 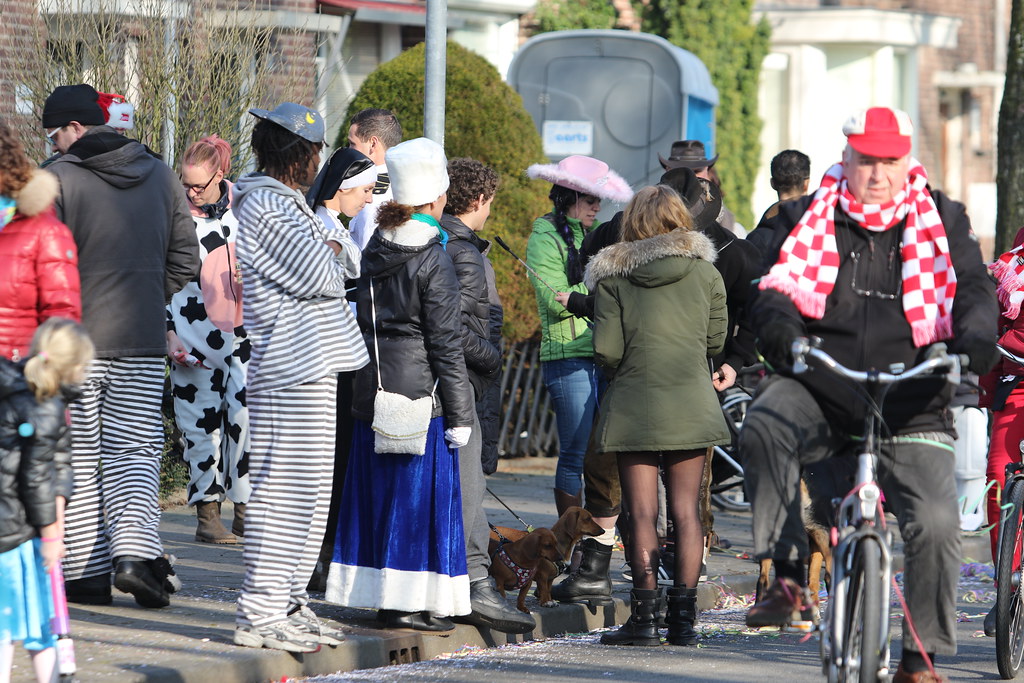 Finally we see the opening banner: 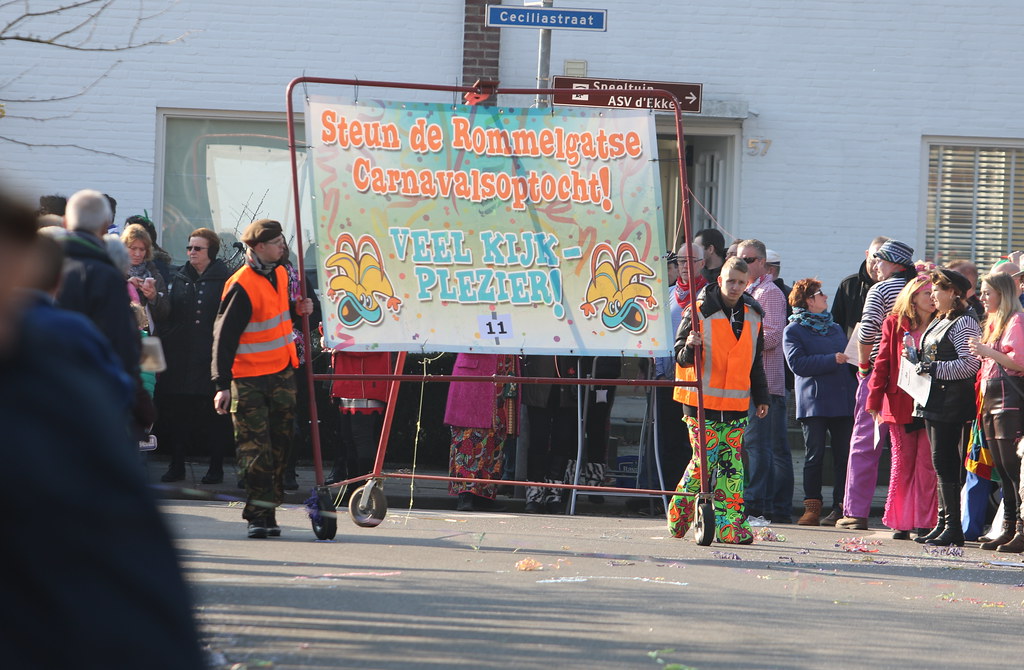 The poster says ‘Steun de Rommelgatse Carnavalsoptocht!’, or ‘Vote for the Rommelgat Carnival Procession’. The main carnival in Veldhoven is traditionally called Rommelgat (there is even a website about the event), and there is also a tradition to democratically nominate the best performers. Every team has a number, and at the beginning of the procession few people distribute ‘carnival voting ballots’, for the spectators to vote: 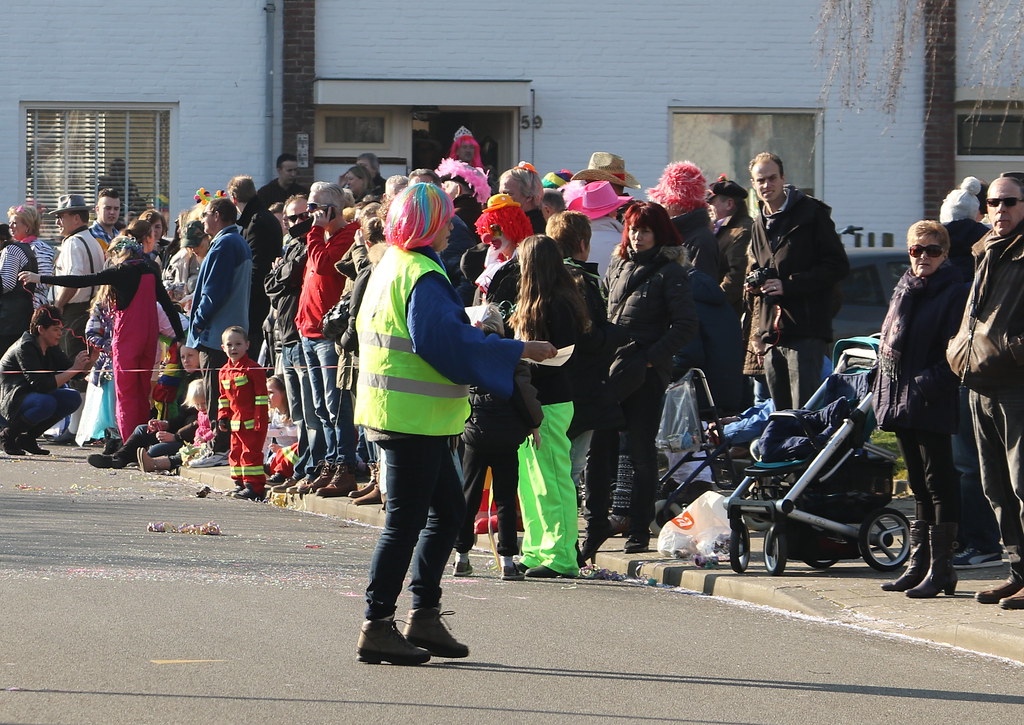 Some teams can be quite big – in this case this is one of many local orchestras: 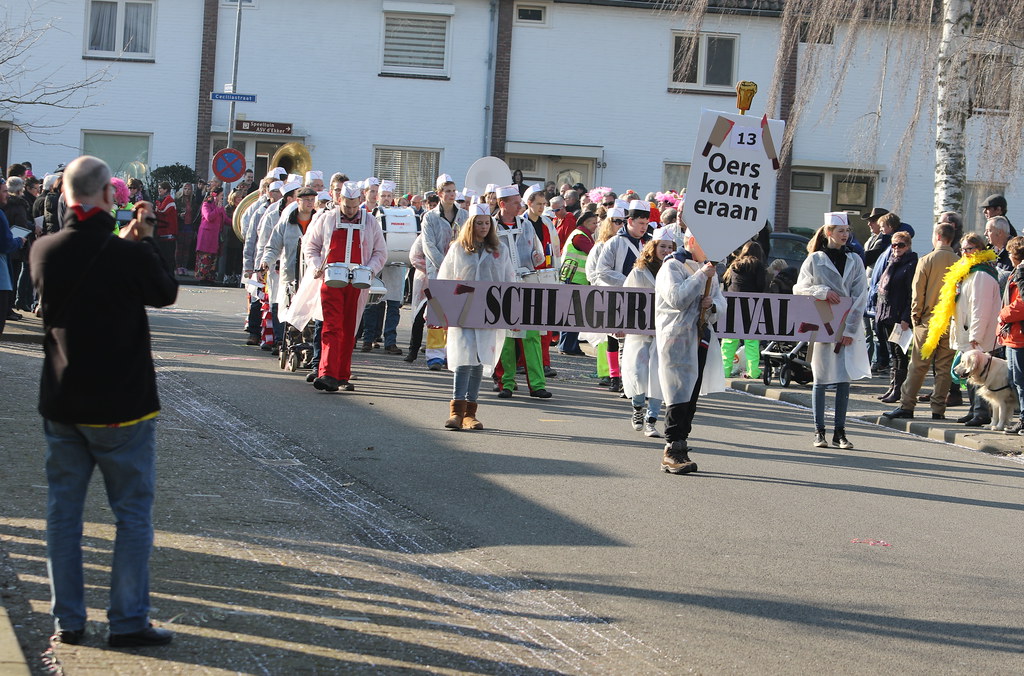 …whose members use this occasion to make yet another performance: 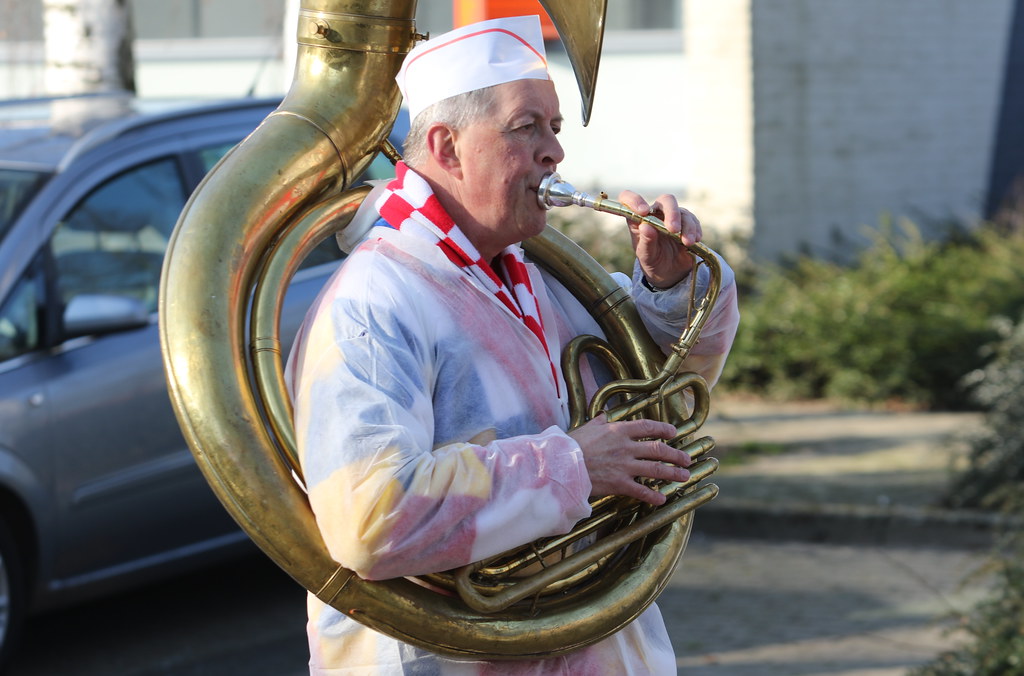 But often the ‘team’ can consist of a few people or a family couple who decided to entertain the city with their crazy show: 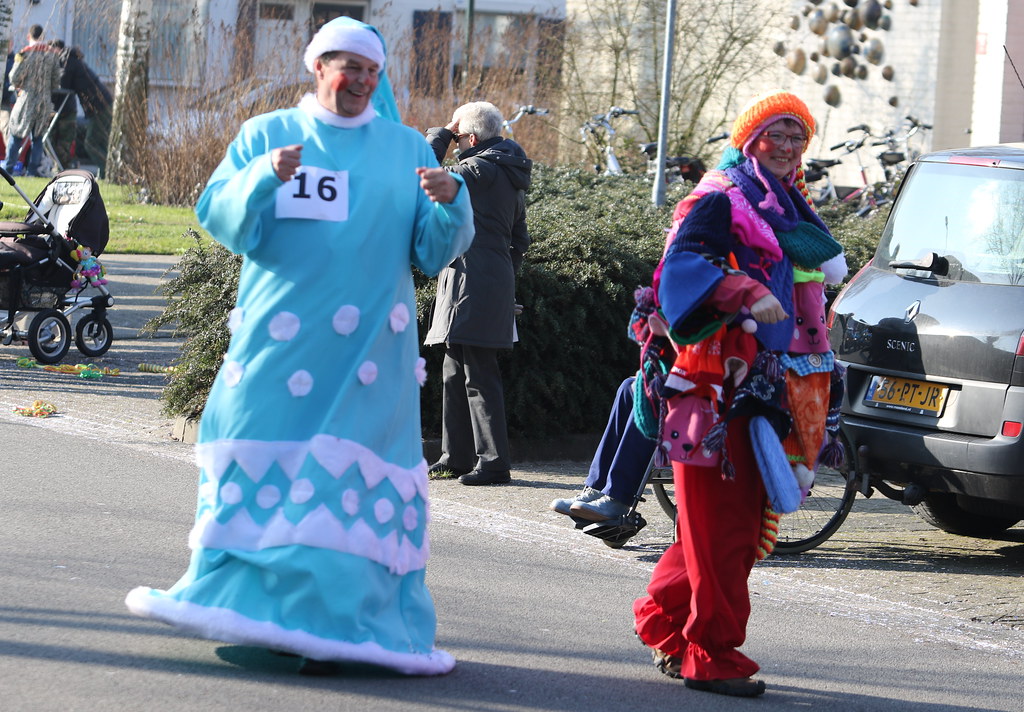 Some teams are technologically savvier than others; this one drives on mini-cars 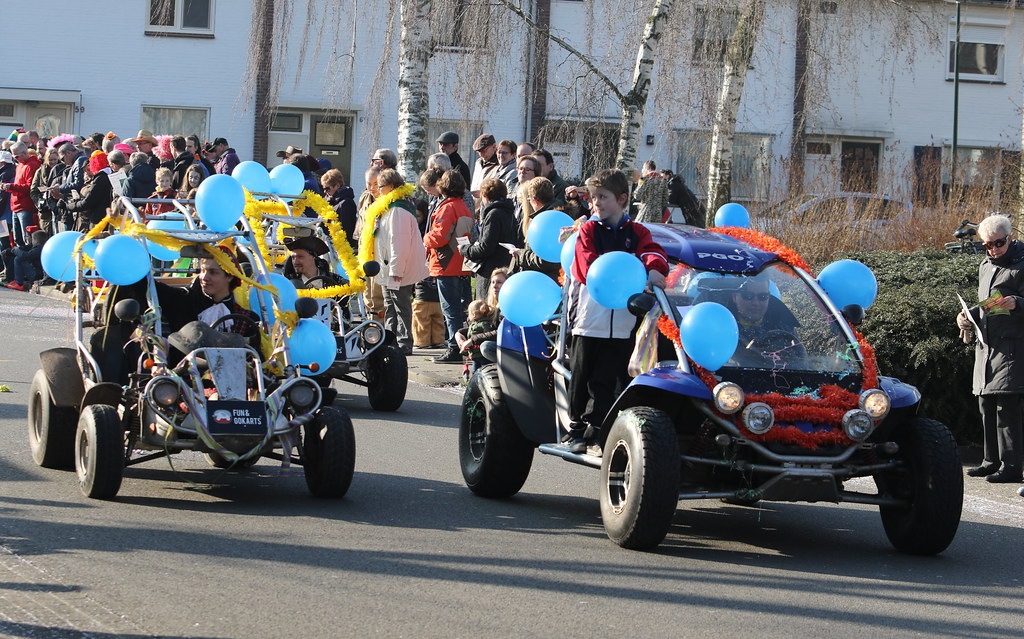 also advertising the company that in fact rent these mini-cars as business: 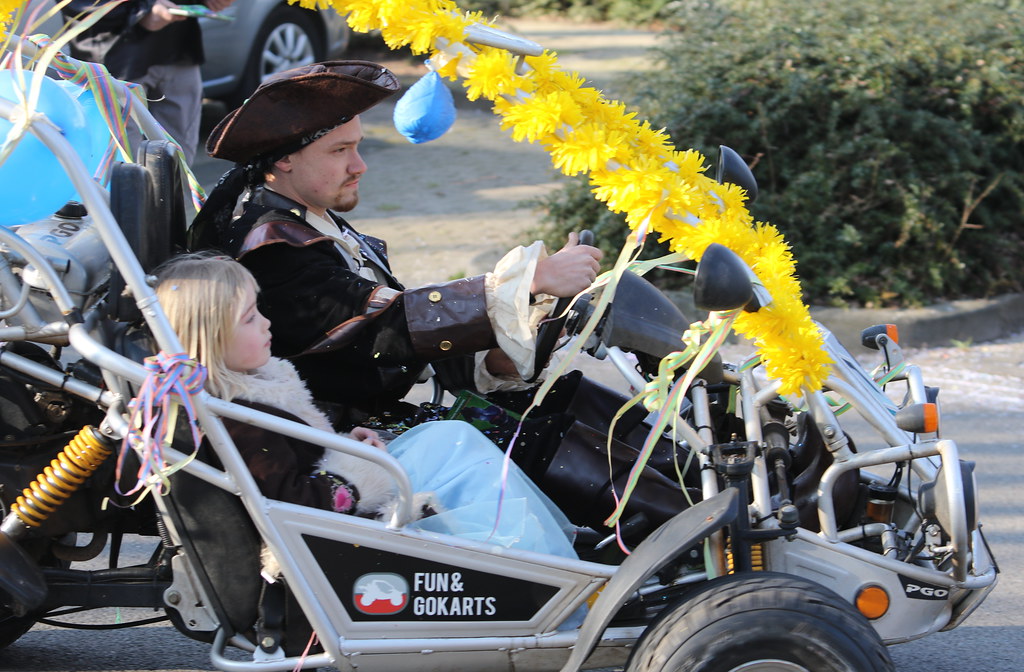 And then some teams use large vehicles, transformed into fantastic creations: 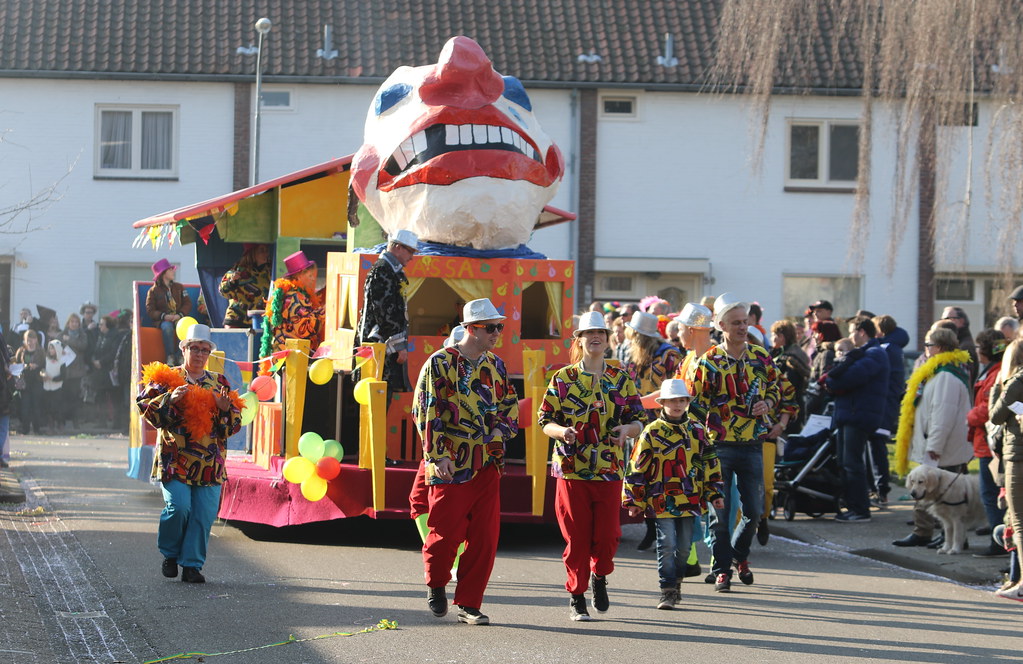 Many teams present politically-colored performances, like this one that is dressed as caring doctors and nurses, but in fact states that the healthcare itself is in need of help (care). I would translate their message (De zorg in noot) as ‘Care (itself) needs care’. I may be wrong with this, and other translations, as they are written in a local (Brabantse) dialect of the Dutch and quite often very vernacular. 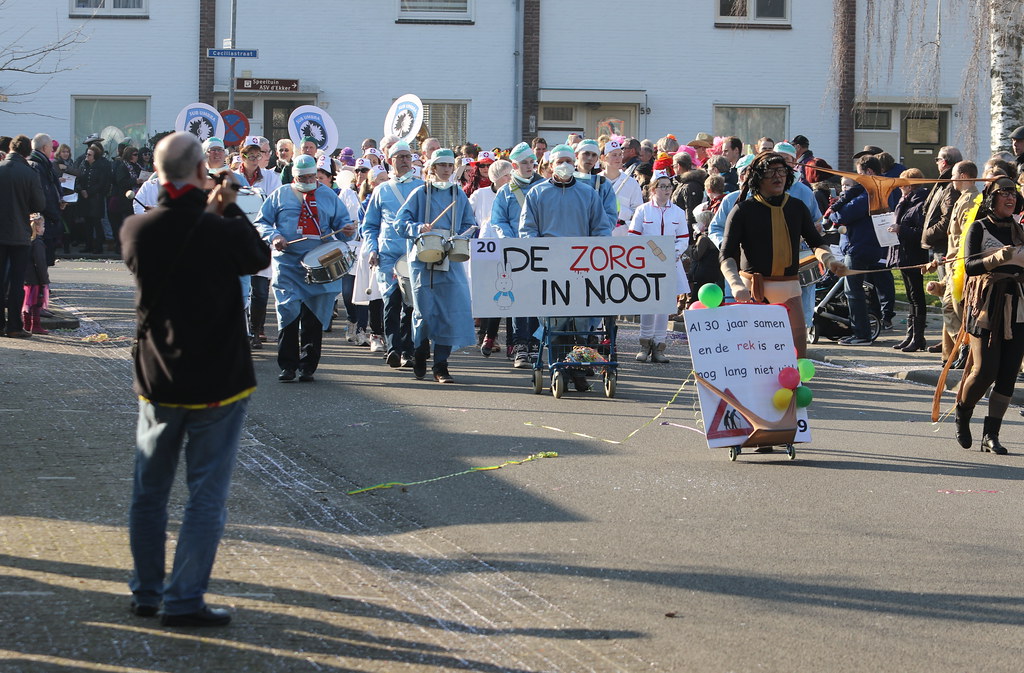 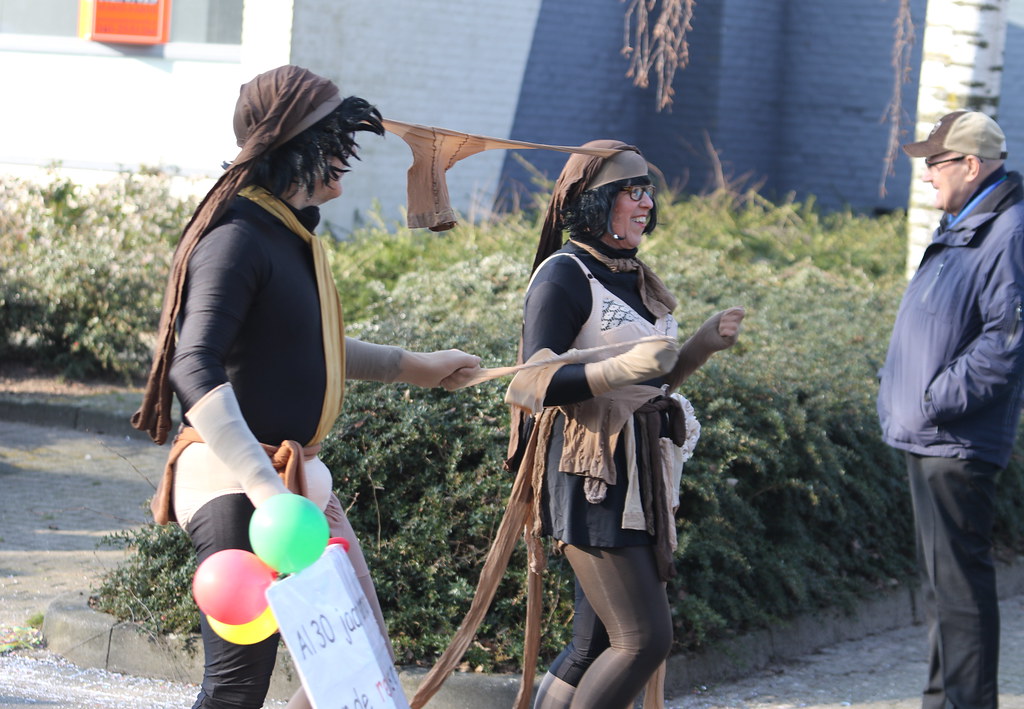 But don’t ask me about the exact meaning of their performance.

Here is a whole fleet of boats, each with its own mini-performance: 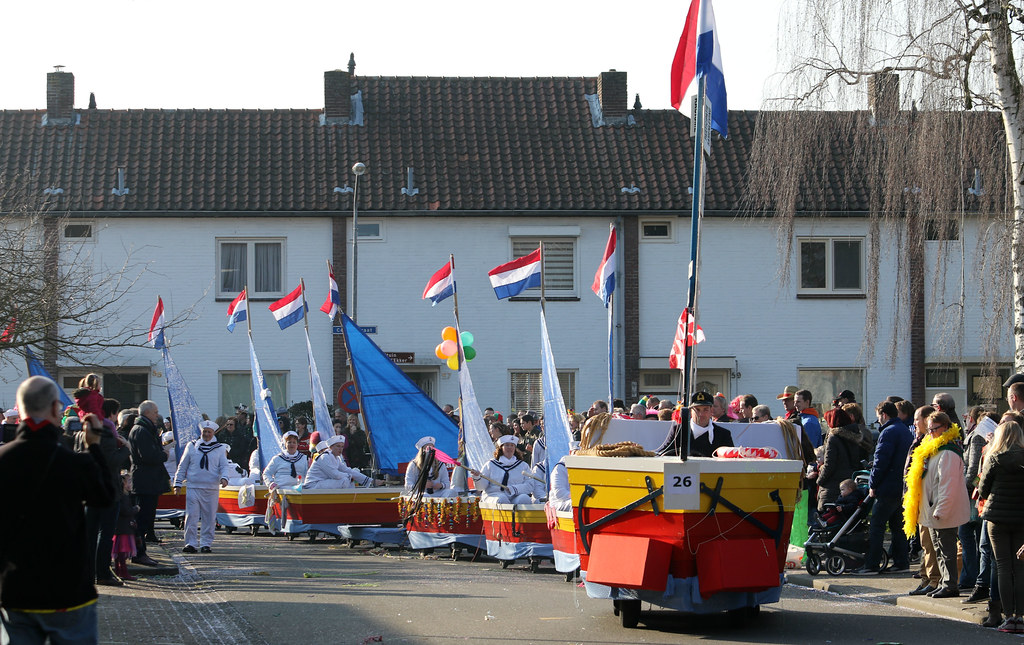 The main message – ‘We sitten allemaal in hetselfde SCHUITJE, maar met Carnaval varen we “WEL” – can be translated as ‘We all sit in the same (small) boat, but during carnival we all sail well’, but perhaps some play of words evades me. 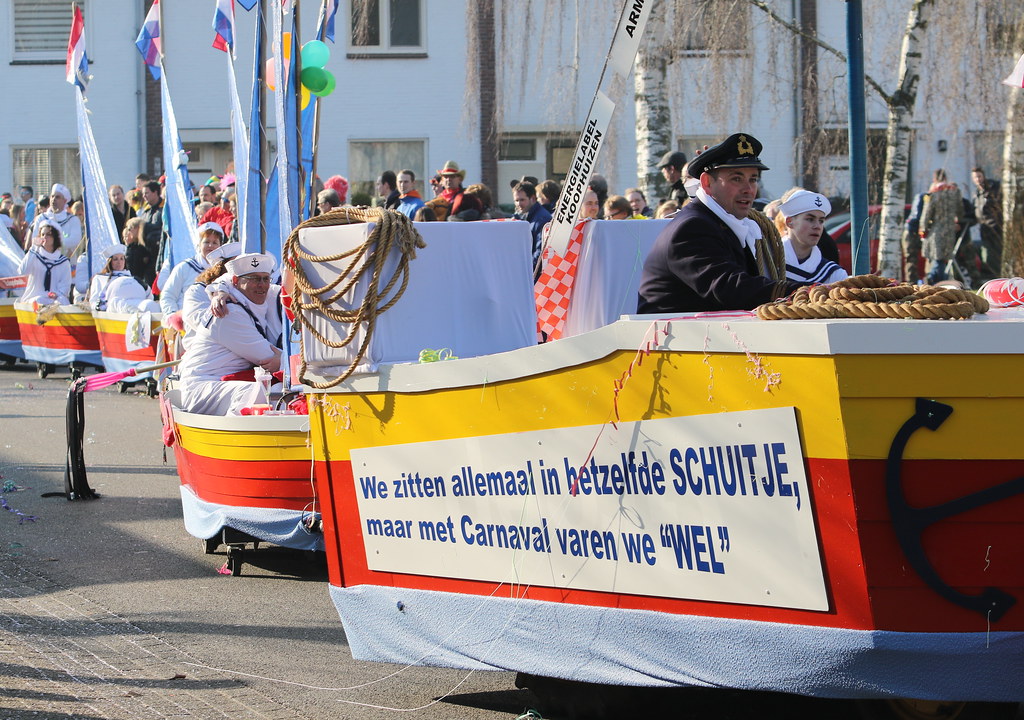 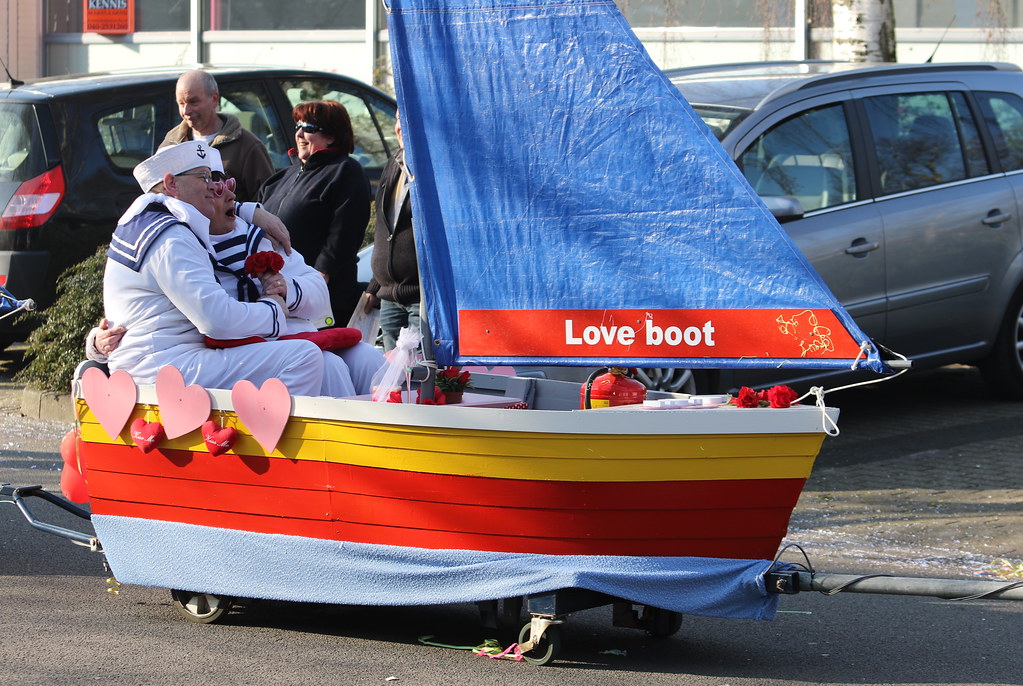 The Boat of Pleasure 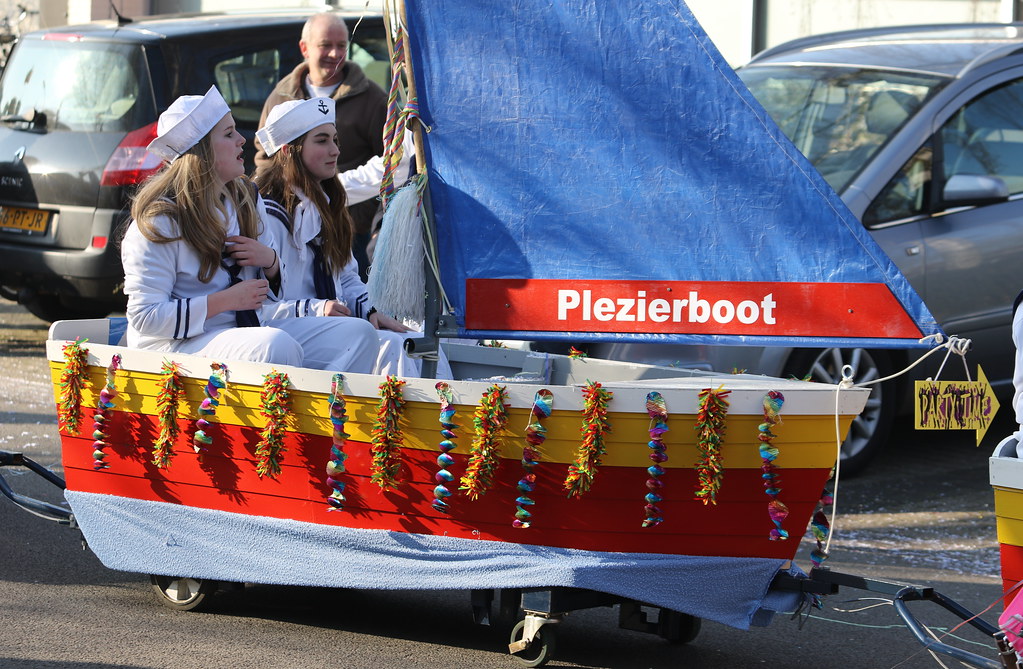 ‘In de boot genomen’ literally means ‘taken into the boat’, but I guess the expressions also means ‘gets pregnant’: 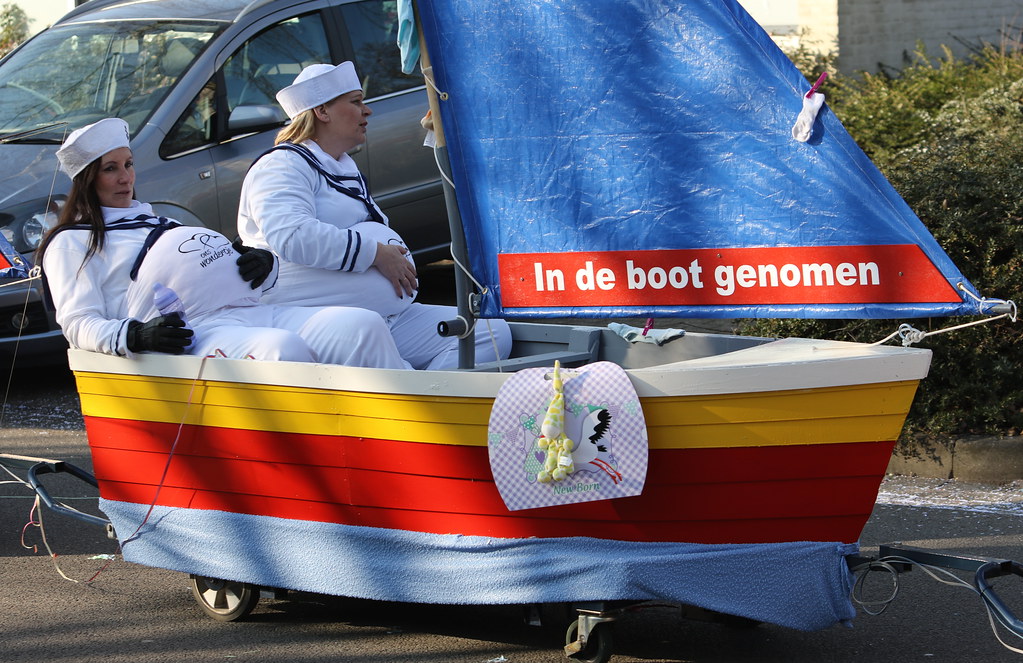 Another small moving installation is not much more than an overt piece of advertising for its numerous sponsors: 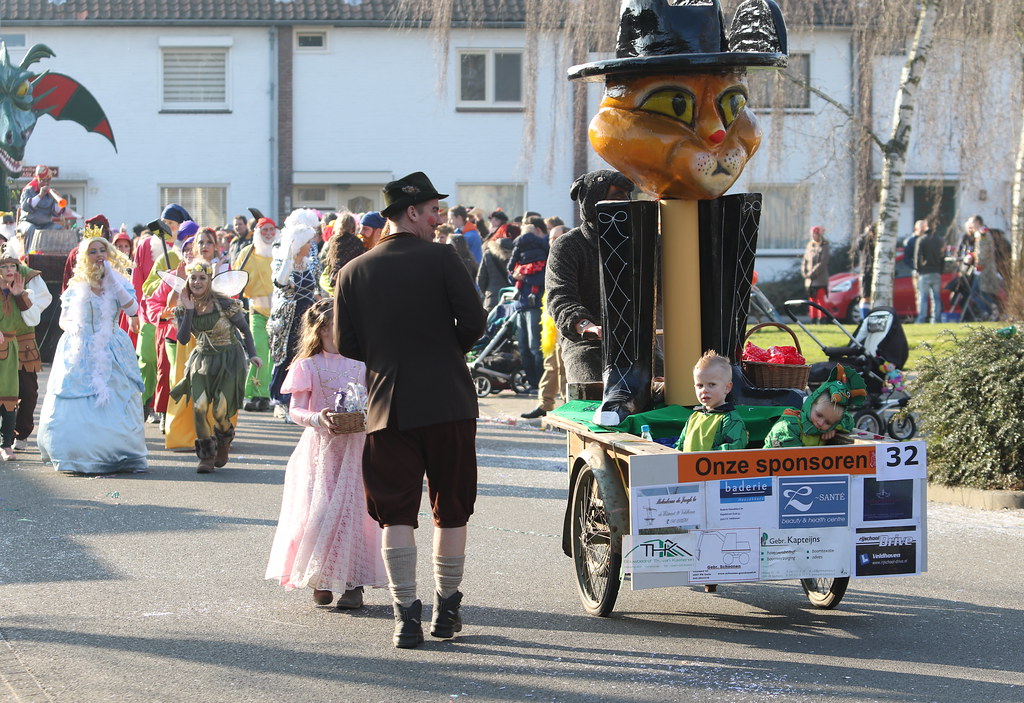 Commercial side is important in everything, but on this occasion I would rather have more performances of people who really enjoy also these crazy things they are doing in this day. 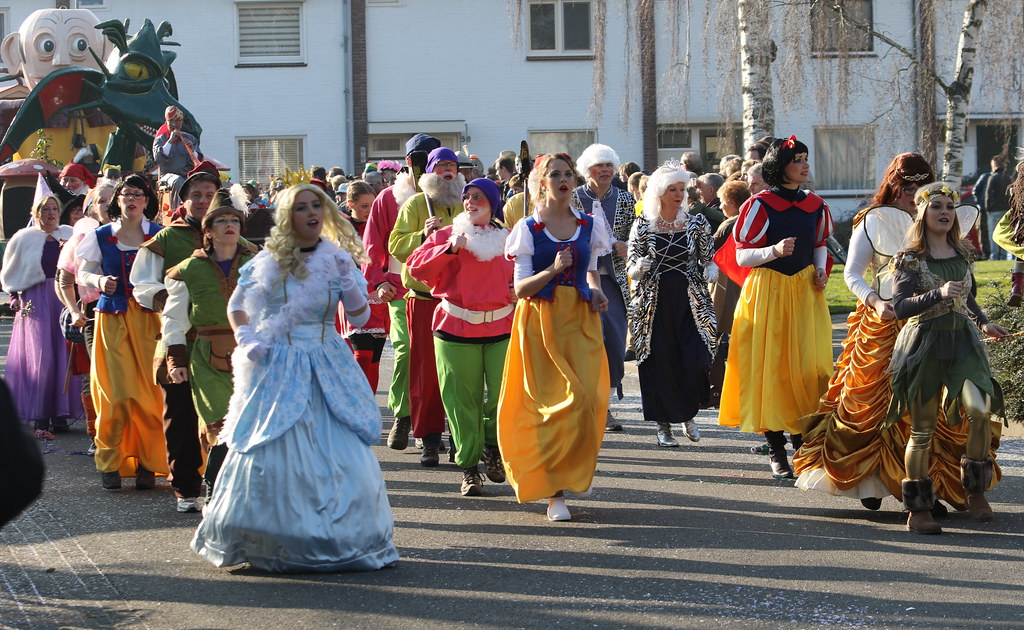 A small video also illustrating the soundscape of the gathering:

Carnival is of course the best place for unique selfies: 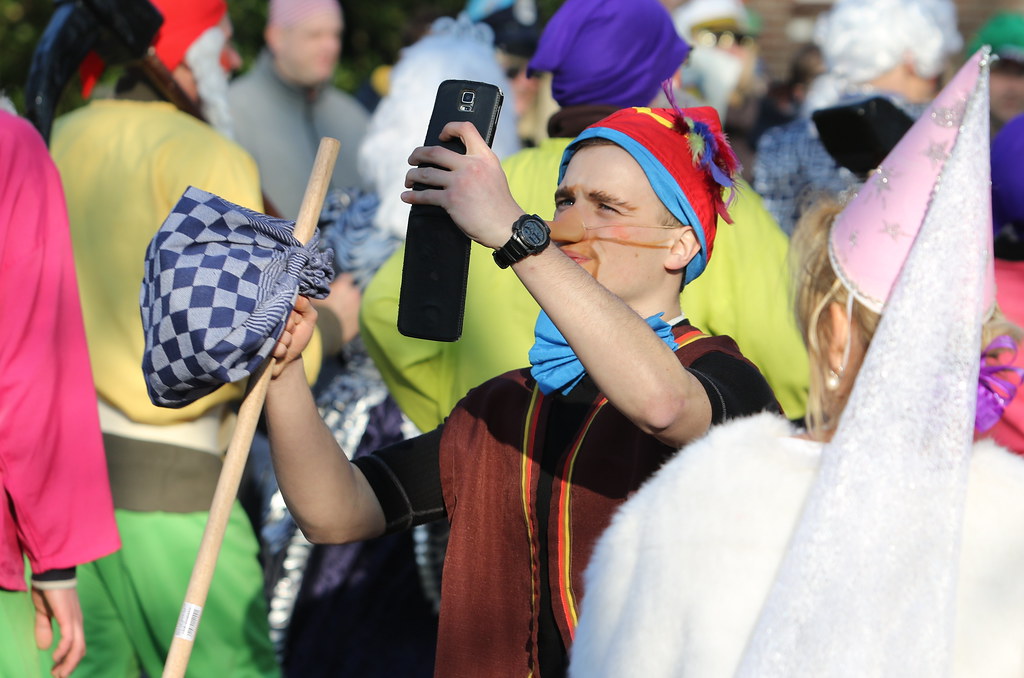 And some teams even made the latest craze of ‘selfie-making’ the theme of their performance: 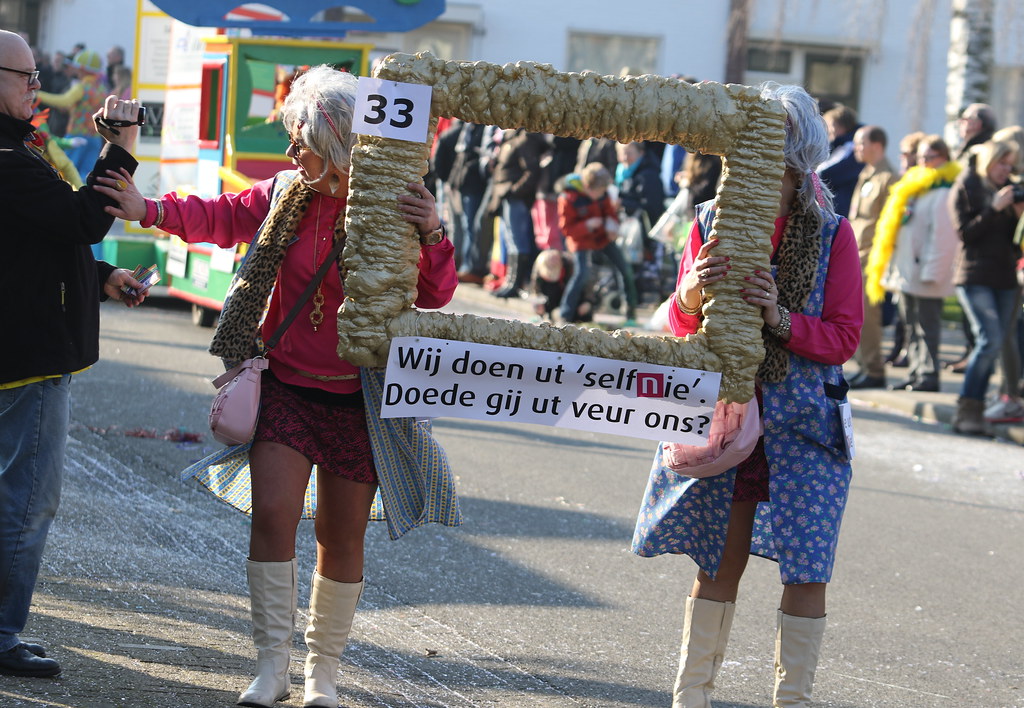 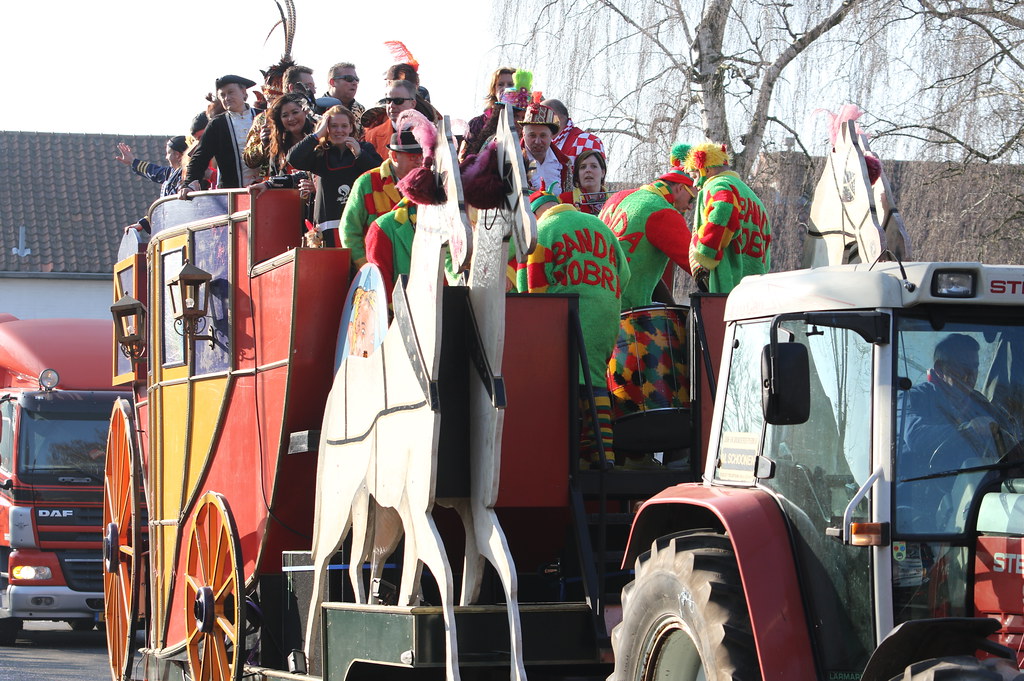 In other words, the very personification of the Rommelgat: 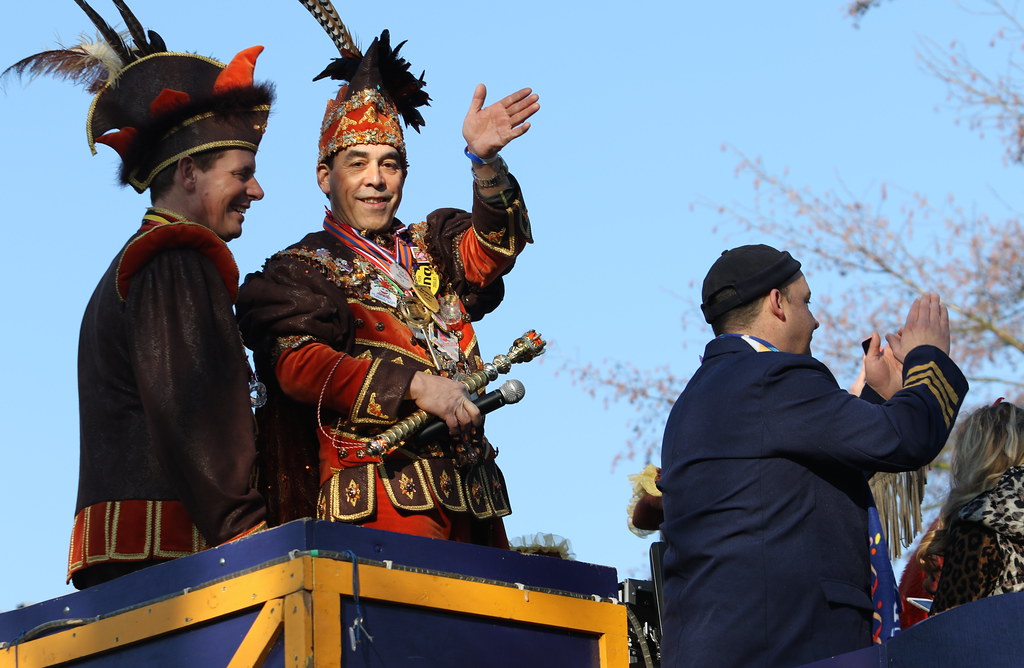 As often happens, I also take a lot of pictures of people taking picture 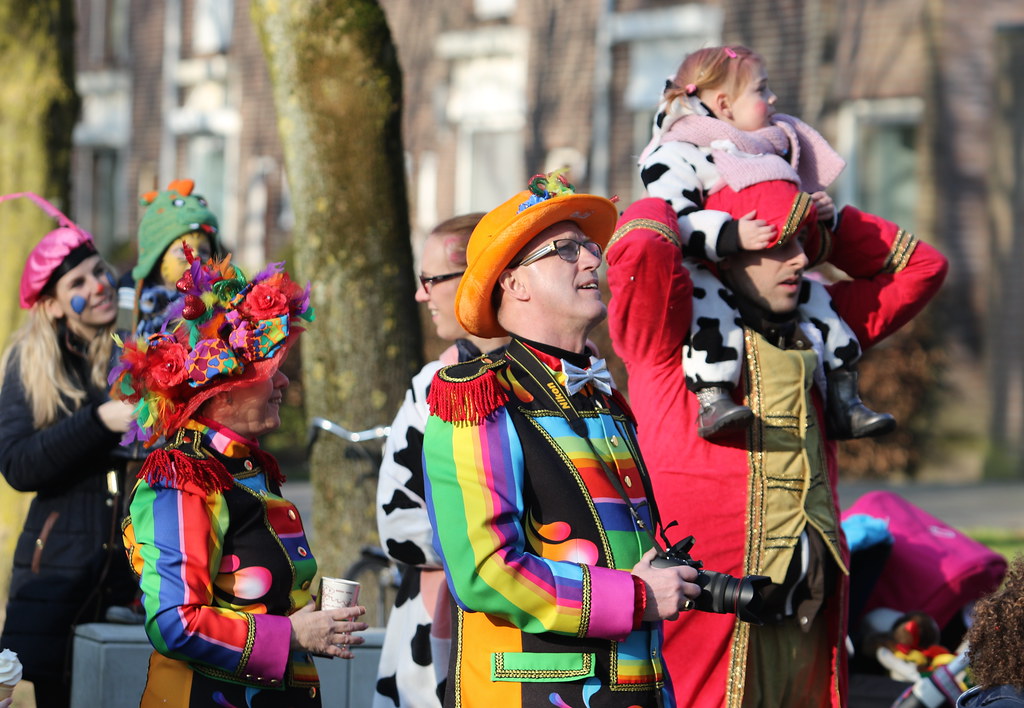 But to show them all would perhaps needs a whole separate posting.

What is the future of carnivals? What technologies will be used for carnivals in ten years from now? What kind of costumes people will be wearing? What they will be laughing about?