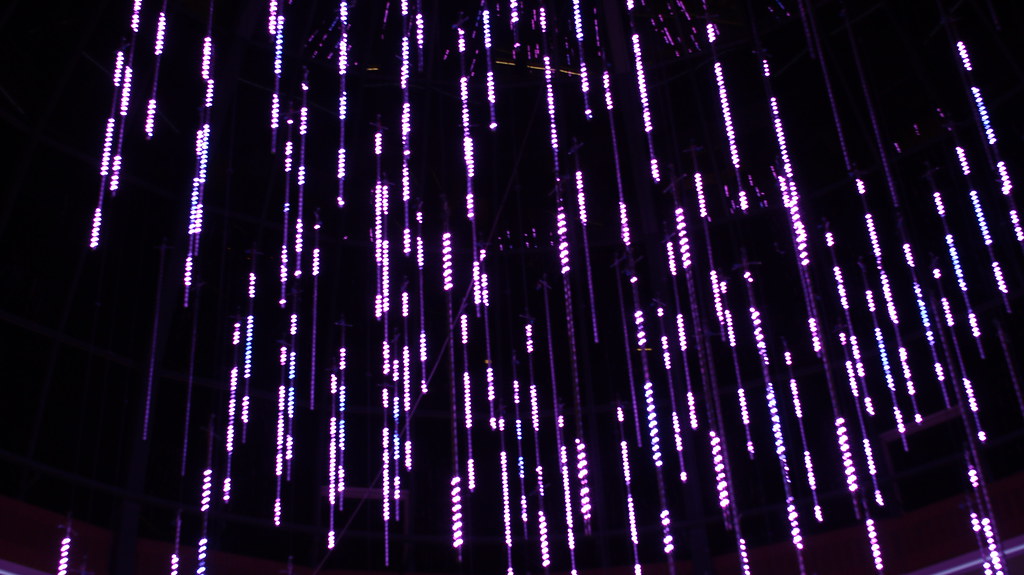 Few more concepts from the Glow’16 Festival in Eindhoven. This one, called Lichtkoepel, was installed indoor, in the shopping gallery Hoevel. For some reasons it wasn’t evaluated very high by the spectators, we later learned that it got 2 scores out of 5.

And this is another not so popular concept, made after van Gogh’s Potato Eaters painting. Executed in monochrome, almost x-ray hue, it looked quite sick. 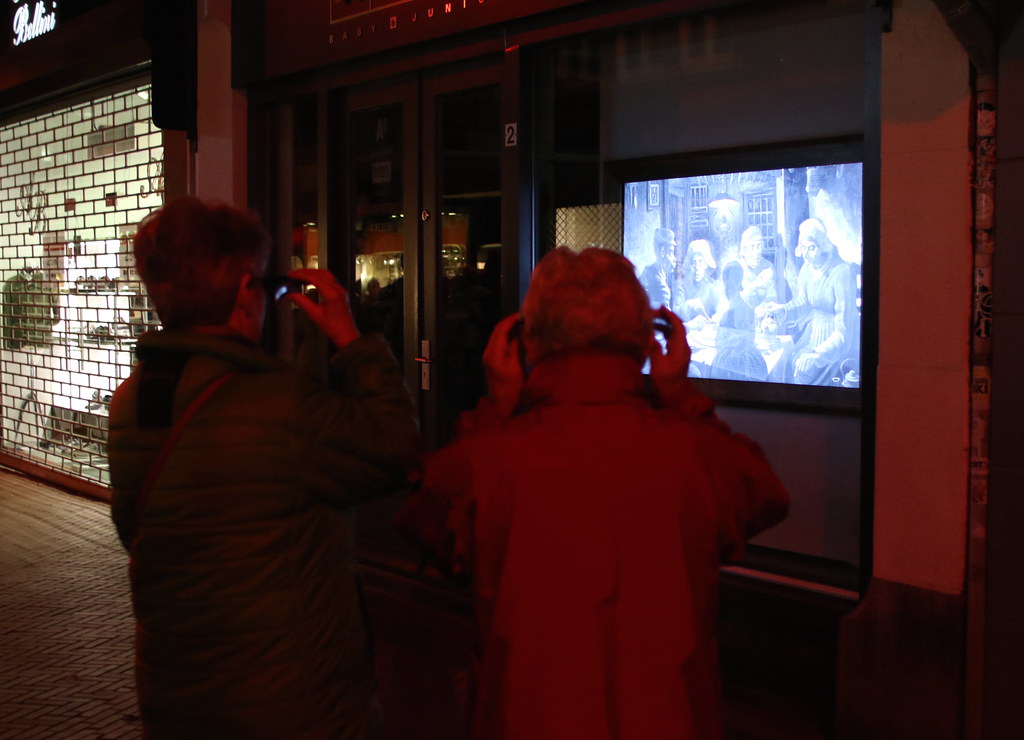 The program of the festival included a range of specially selected concepts, but of course many in the city try to be a part of the show, too. This show, for instance, also made a ‘lighting’ installation, and was inviting people to take their selfies and share the results on Twitter; a very original call, yes: 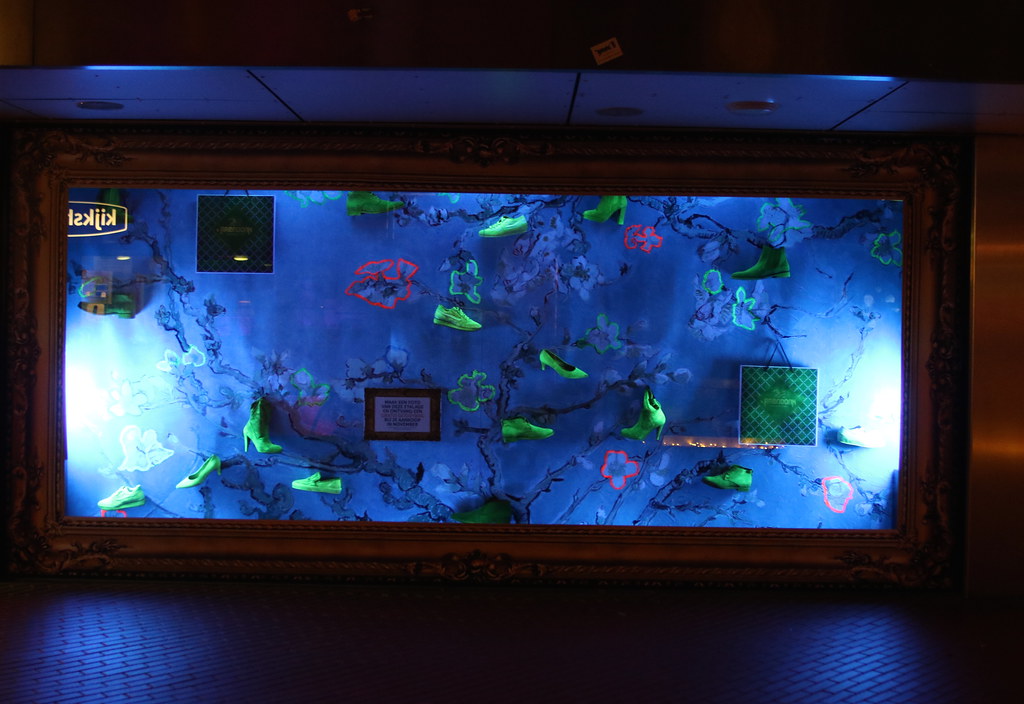 But why blaming small papa-mama shops if even Philips, the founder of this City of Light, found nothing more original than to erect their merely promotional both with the real people acting there like puppets in a weird show, resembling Red Light District? 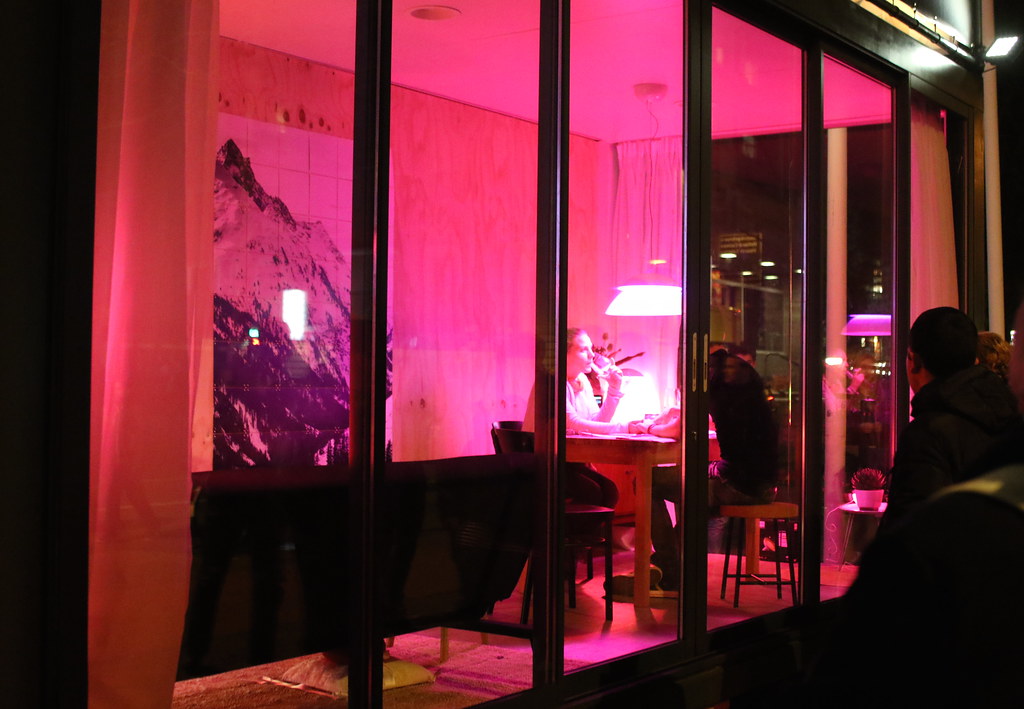 Fortunately, many people didn’t like this kind of commercialization, and turned their back to such ‘concepts’: 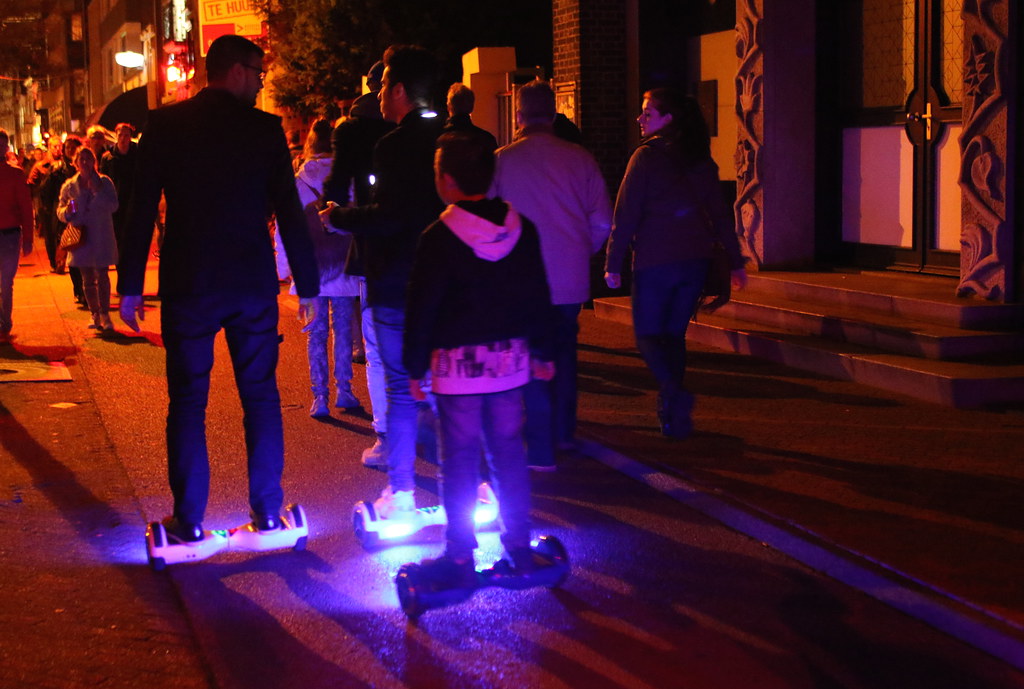 This time I managed to take a picture of the famous ‘Electronic Dress’, developed few years ago by Philips Design, and now installed in Philips Museum. 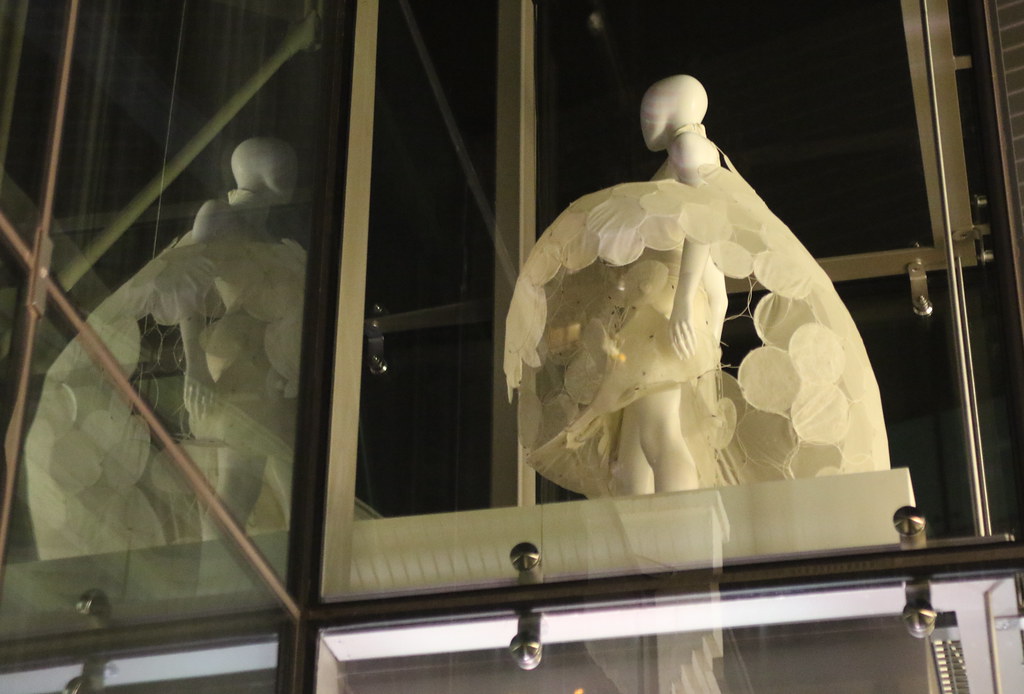 One more time a giant lighting circus on the main square, this time itself and not a reflection (but not becoming much better because of that). 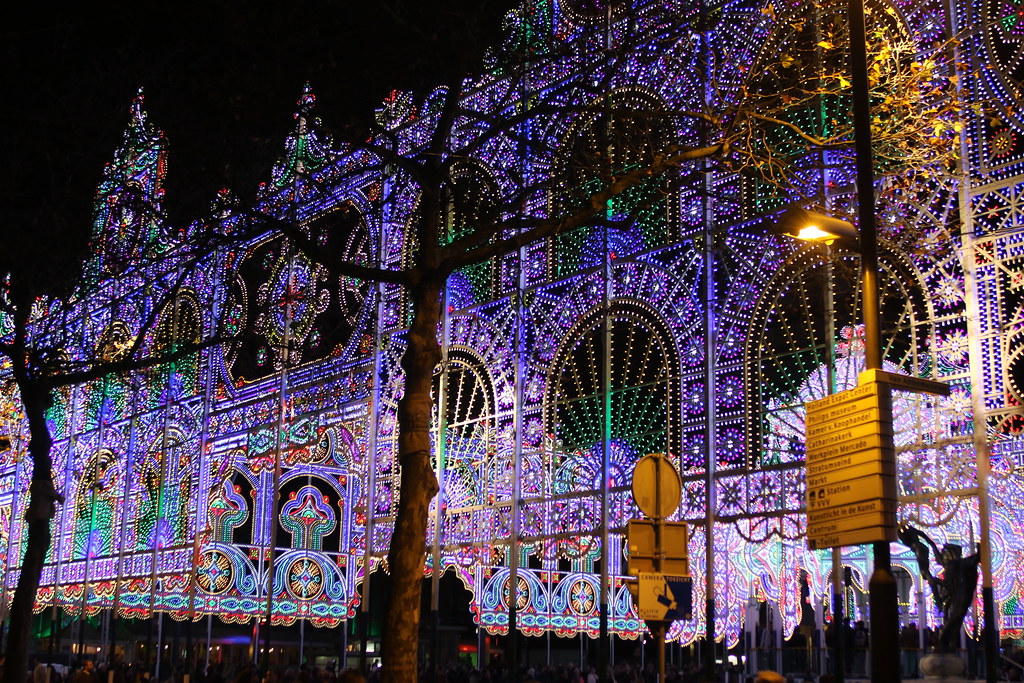