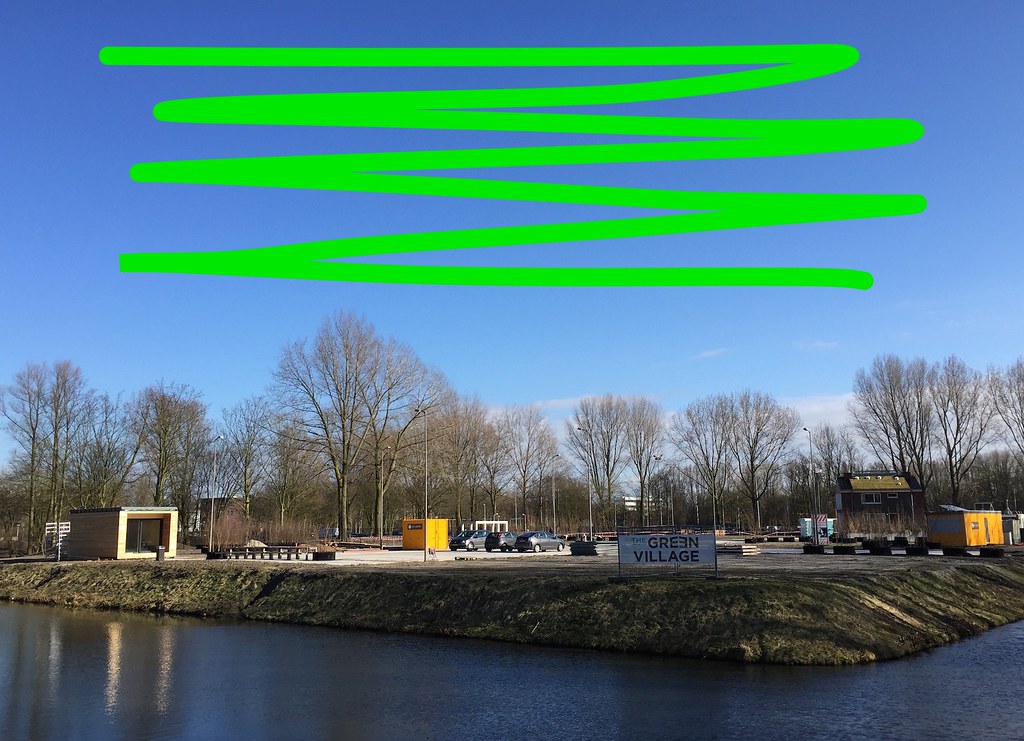 Last week I was invited to the roundtable on Blockchain technology in the energy sector – which was appropriately hosted by the so-called Green Village at the TU Delft. I didn’t know about this new initiative and took the opportunity to join a tour, with a marketing manager Serge

In reality, the ‘village’ is, in fact, an island situated on the university campus. It is very new, I understood that its settlement by the ‘inhabitants’ just started. The drawing below shows how this place will have to look in, perhaps, three more months? 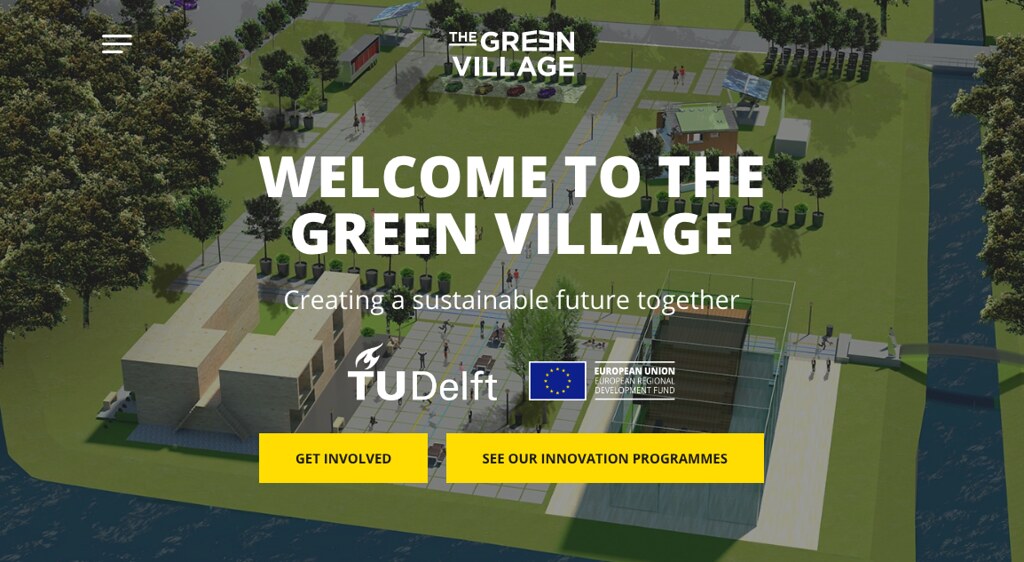 You can already see some of the planned buildings in real life, but the rest is still to be constructed. I think that the ‘to be constructed’ will be a slogan of this place anyway since the whole idea behind this project is to provide a platform for techno-social experiments with all kinds of ‘green technologies’.

For example, this picture doesn’t show much yet: 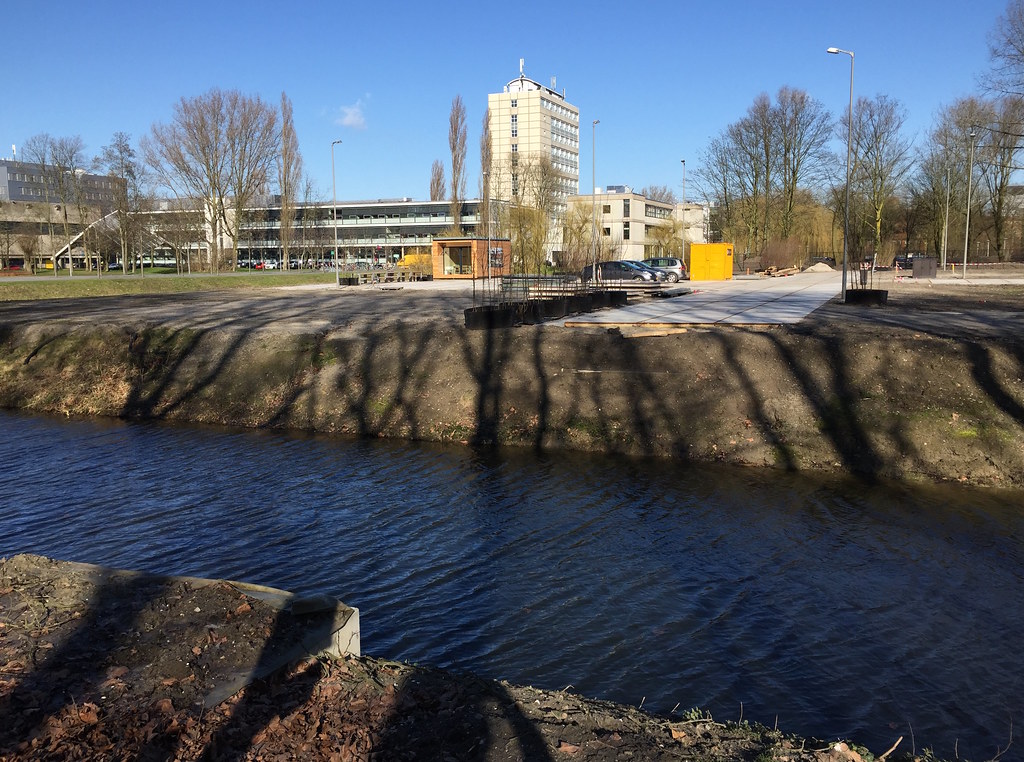 but one day soon it will become the Glass Masonry Bridge (apparently the very first bridge built entirely out of glass using the ‘dry assembly’ method).

The next project (seen in the top-right corner of the design drawing) can be already seen in real life: 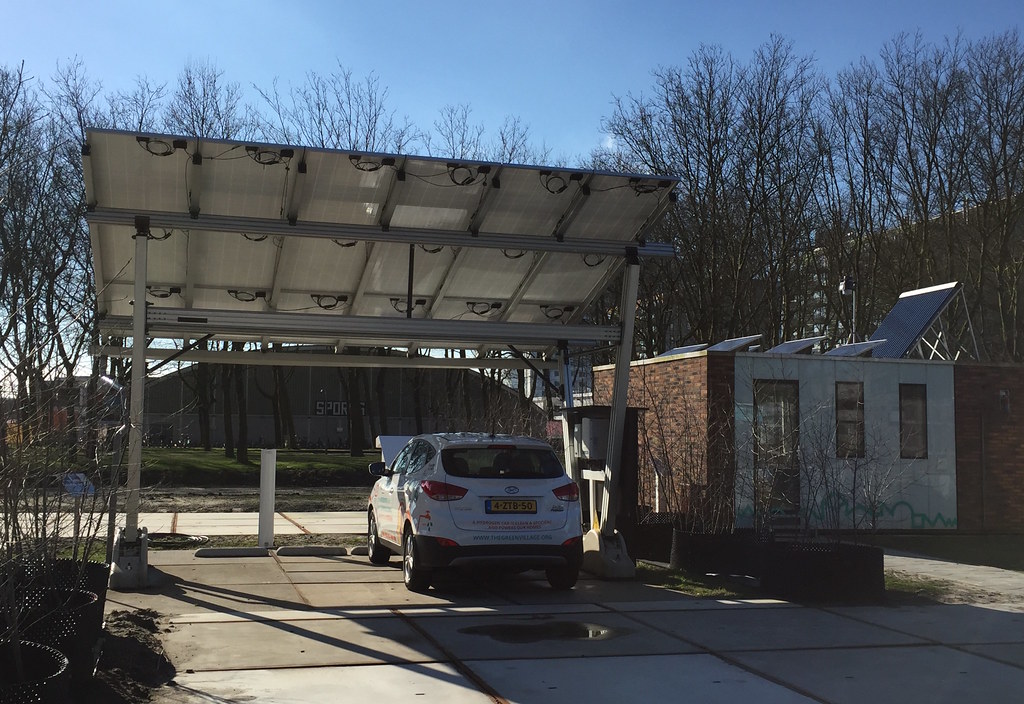 This is an experimental project centered around Hyundai’s fuel cell car (Hundai IX35 FCEV in this case) that becomes a part of a total energy grid, and now able to produce electricity which can be used in our houses (or offices, for that matter).

“We drive our cars only 5% of the time. Can’t we use the other 95% better?” was the question that motivated the team and led to designing a car with a socket that can work as an electric outlet (with the capacity of 10 kW). 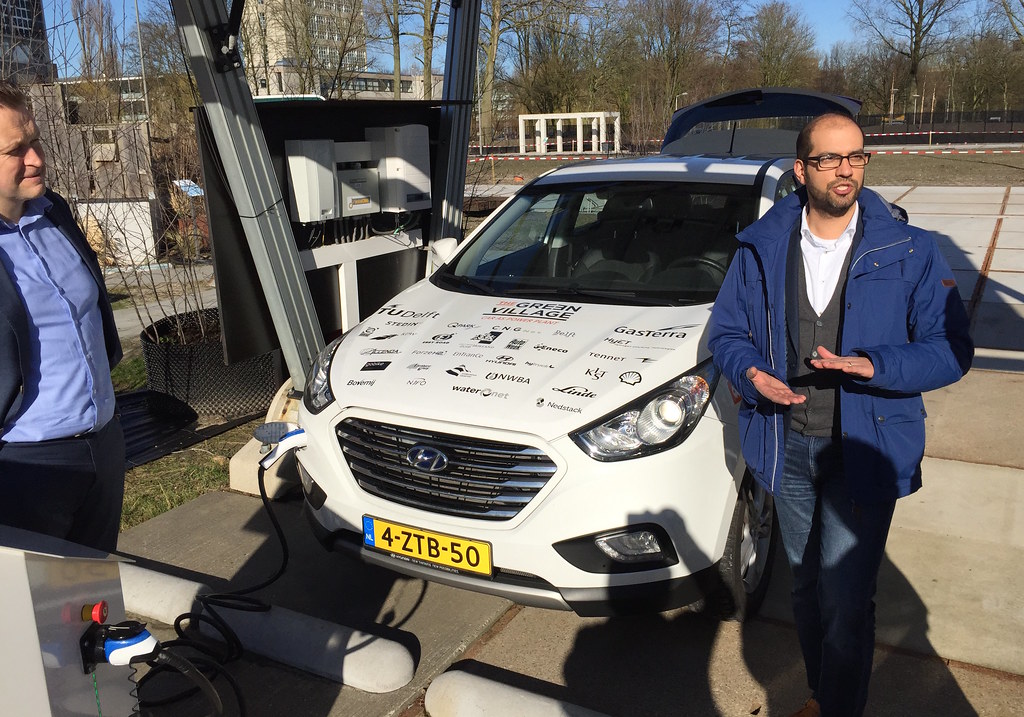 There were many other ‘gems’ in this green collection, for instance, PowerWindow project by the Dutch startup called Physee. Putting simply, their PowerWindow is just a solar panel. Only it’s (nearly) transparent – which in turn allows using it in our windows, instead of normal glass. 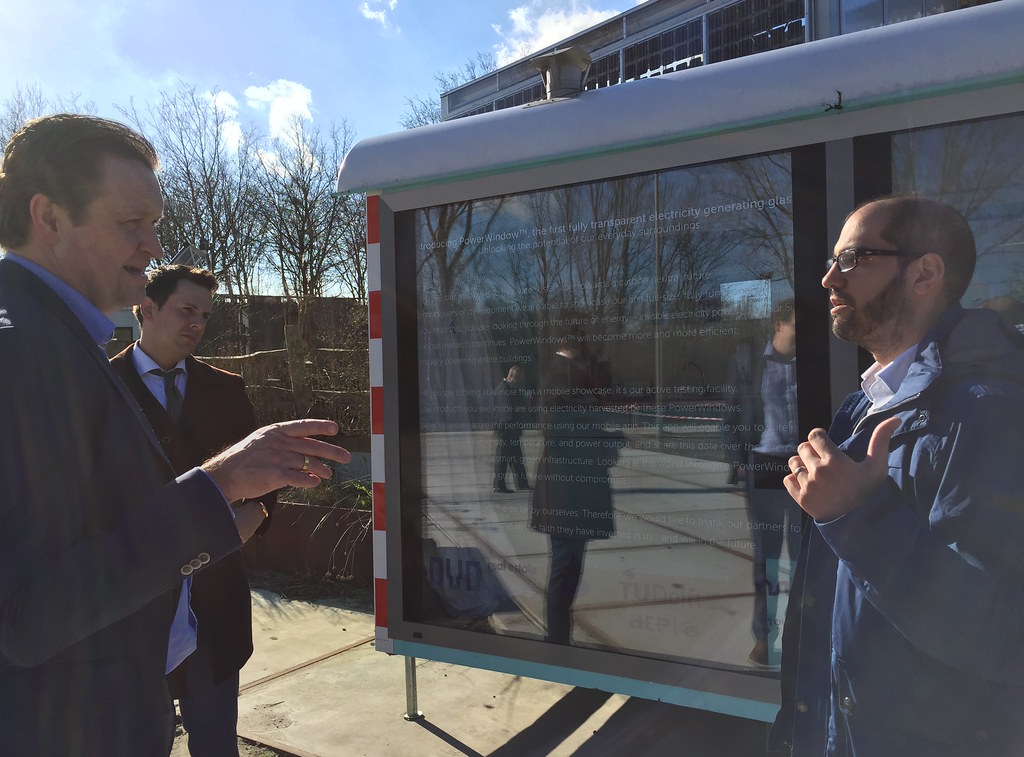 Current efficiency of their solution (called Luminescent Solar Concentrator) is perhaps lesser if compared to the average solar panels. Because they can cover much larger spaces, the total energy harvested in this way could be sufficient to power our homes without putting additional (and often ugly)  installations on the roofs.

Another example is a project called Smart Tiles, and its idea is to create new ways to generate energy, for examples, using – the ways, or the pavements in this case. The tiles developed by the company Engie can generate energy through sunlight. 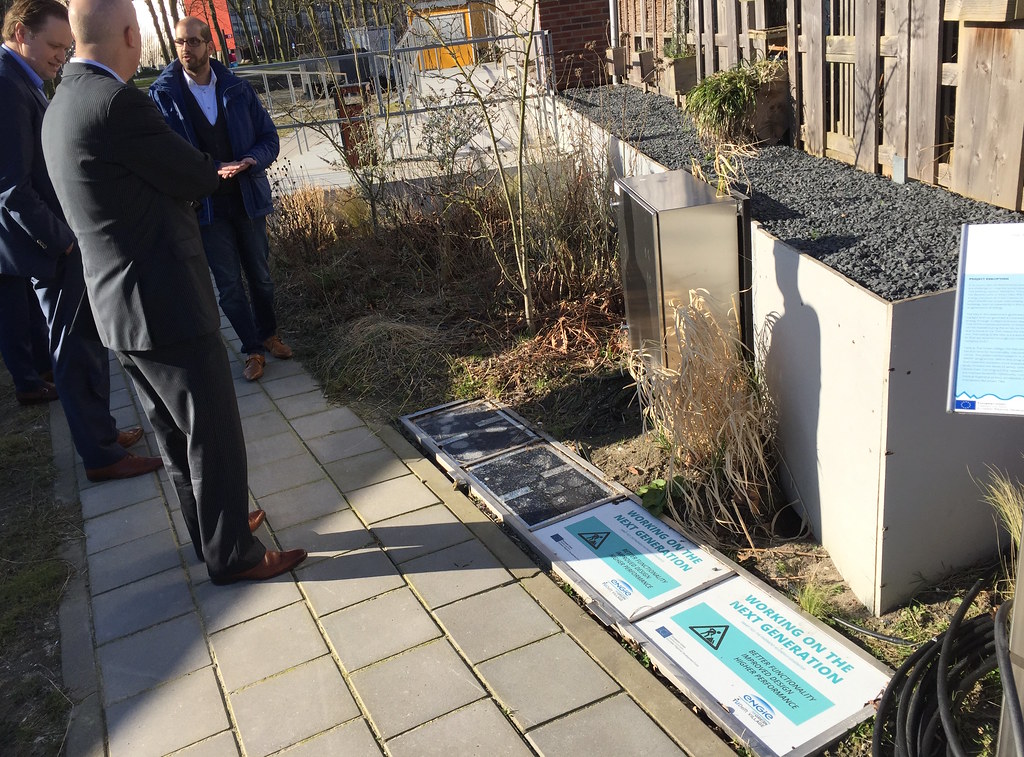 The largest project we’ve seen is called Prêt-à-Loger. It is in fact, not one, but a whole collection of projects aimed at transforming our houses into more sustainable organisms. 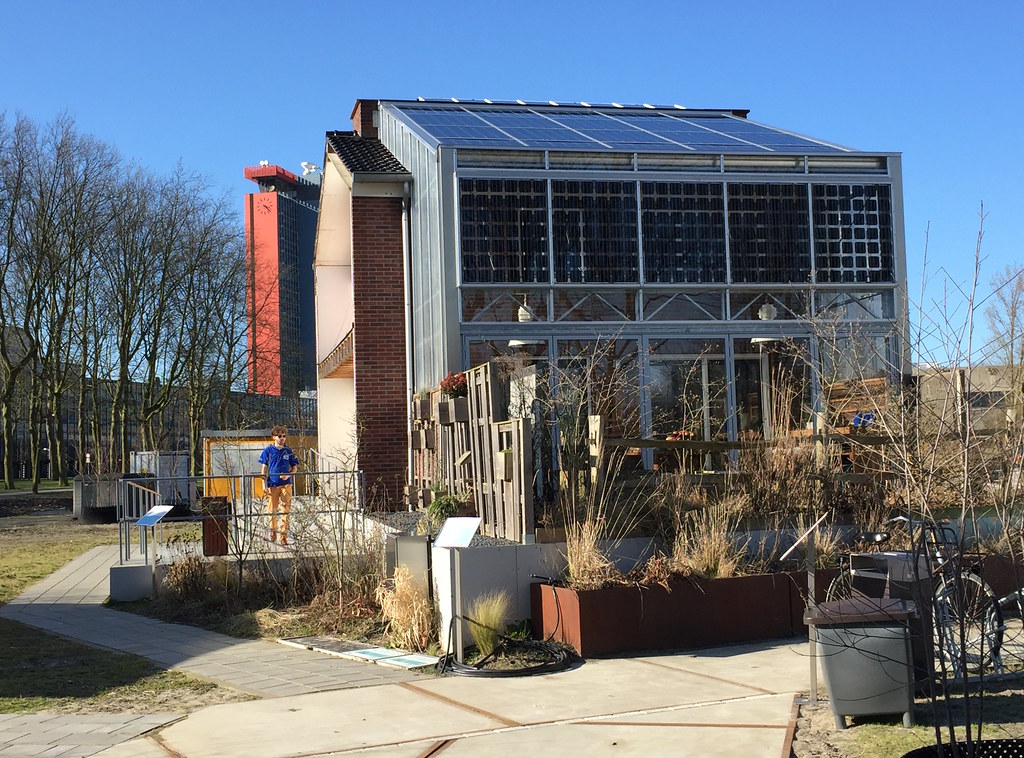 The main idea strikingly resembles one of the design probes we developed back in Philips Design. Called Habitat (or Off the Grid), the series of concepts was about developing a special nano-membrane and then literally wrapping the existing buildings around, and converting them into more efficient sustainable systems.

The probe was developed in 2007, and even now the materials it was proposing to use are not developed. But it shouldn’t stop the thinking in this direction. The ‘skin’ they wrap this typical Dutch building in is not quite nano: 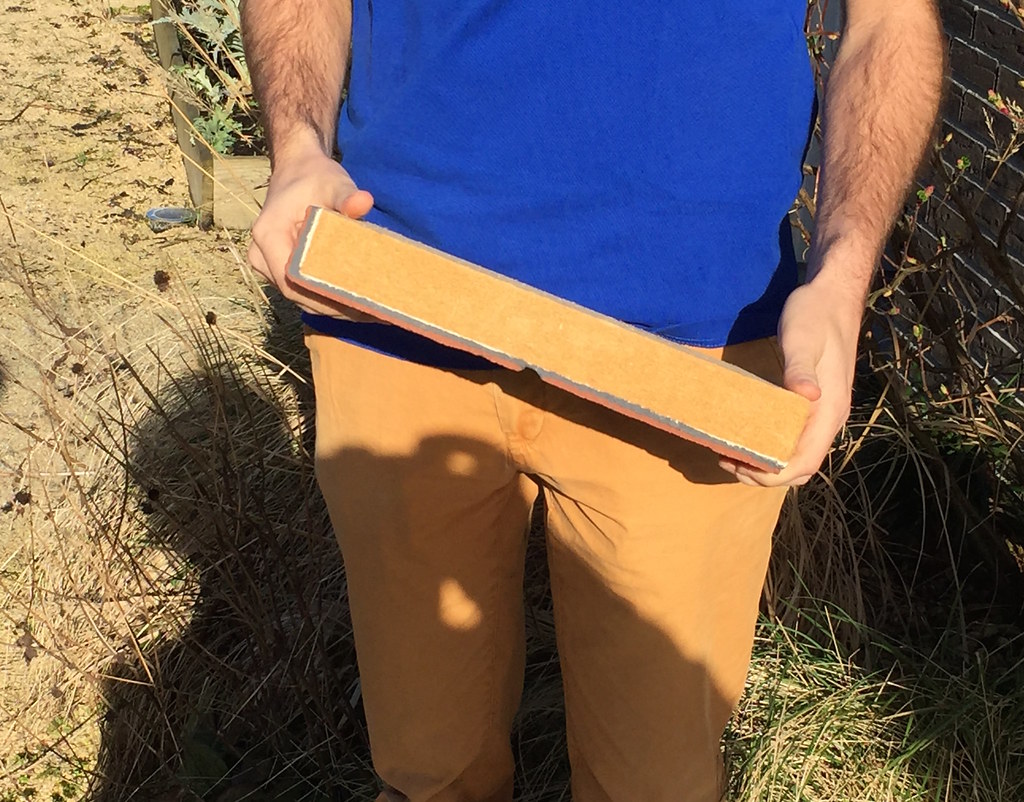 But it is available today, does work and does save a lot of energy! 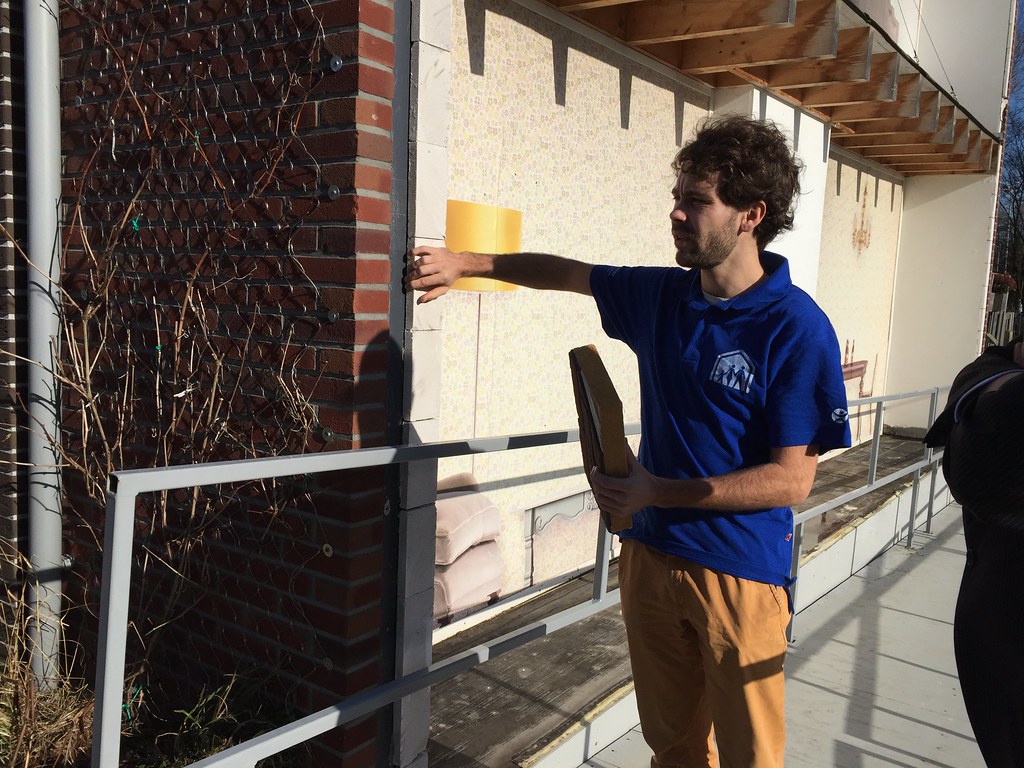 (The picture above is a bit misleading: the ‘skin’ panel is not what our guide is pointing at, it is in fact the dark layer at the very left edge of the picture).

Inside the house was full of many marvels, too. For example, a significant part of light in this house comes from natural sunlight, through a system of optical fibers: 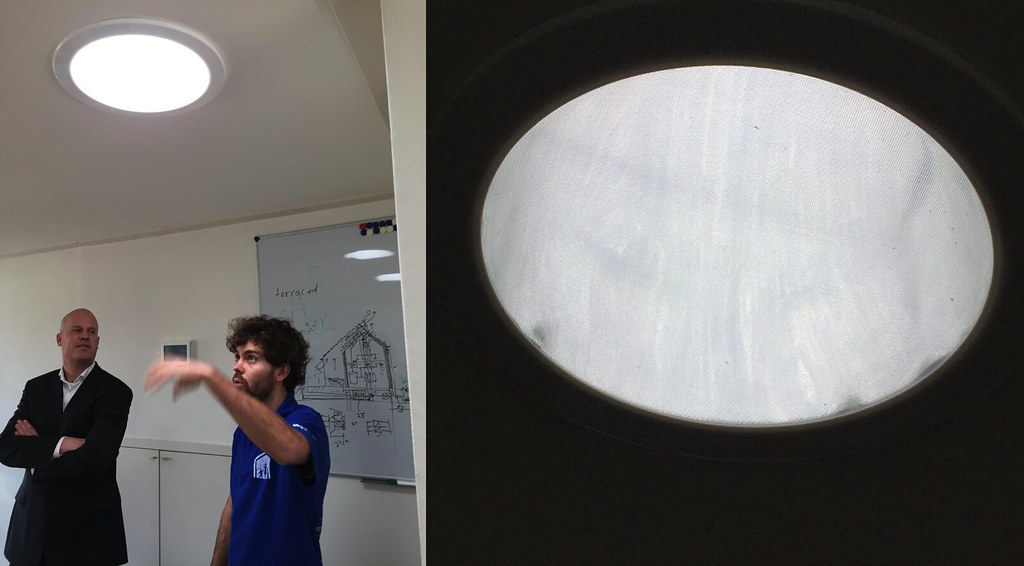 Again, the concept of this kind have been discussed already for decades (for instance, it was also a part of a design probe called Metamorphosis, by Philips Design). But at the end it is an implementation that makes the difference, not the idea itself. 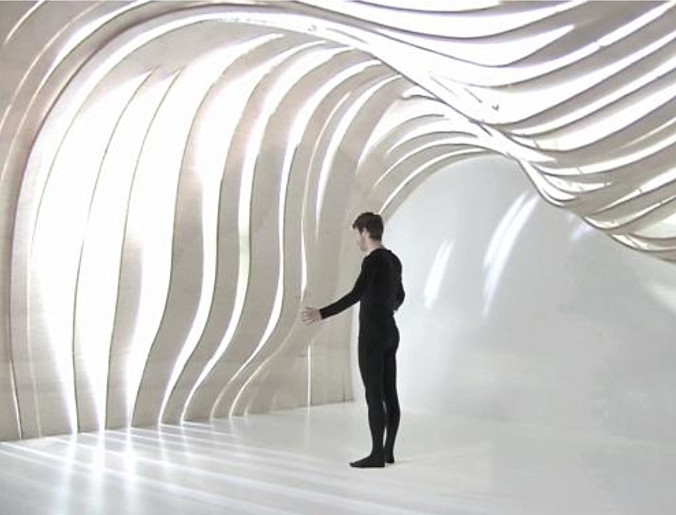 There were many more concepts in the true House of the Future. One striking feature of all of them was that they were already summoned to the now! 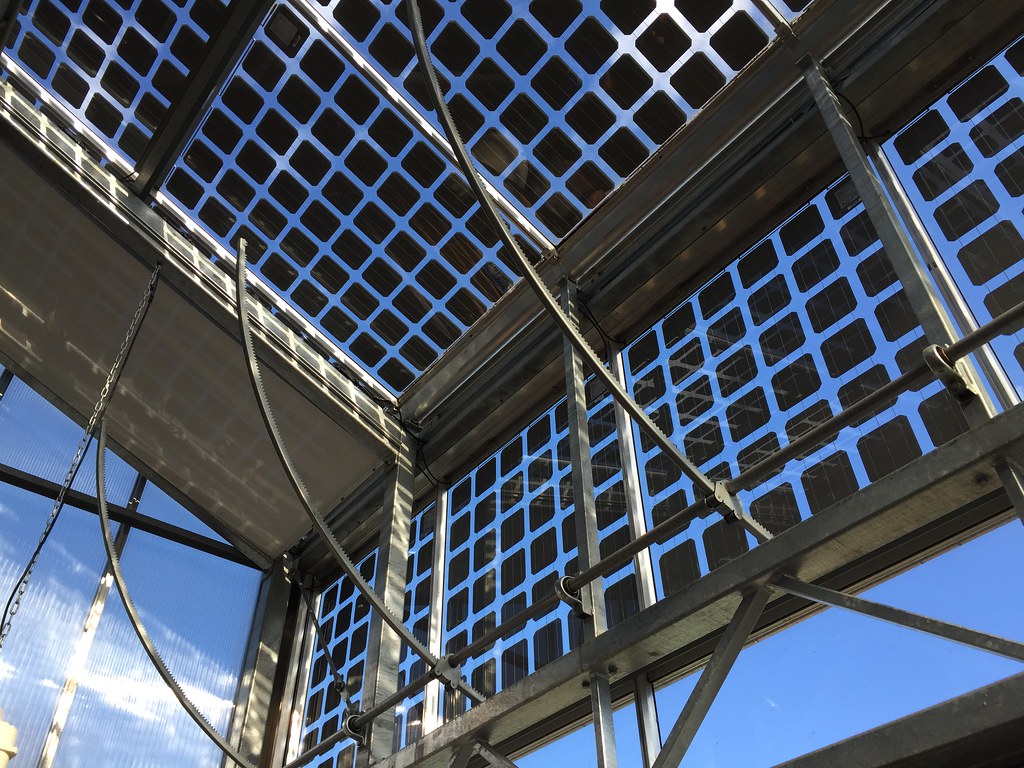